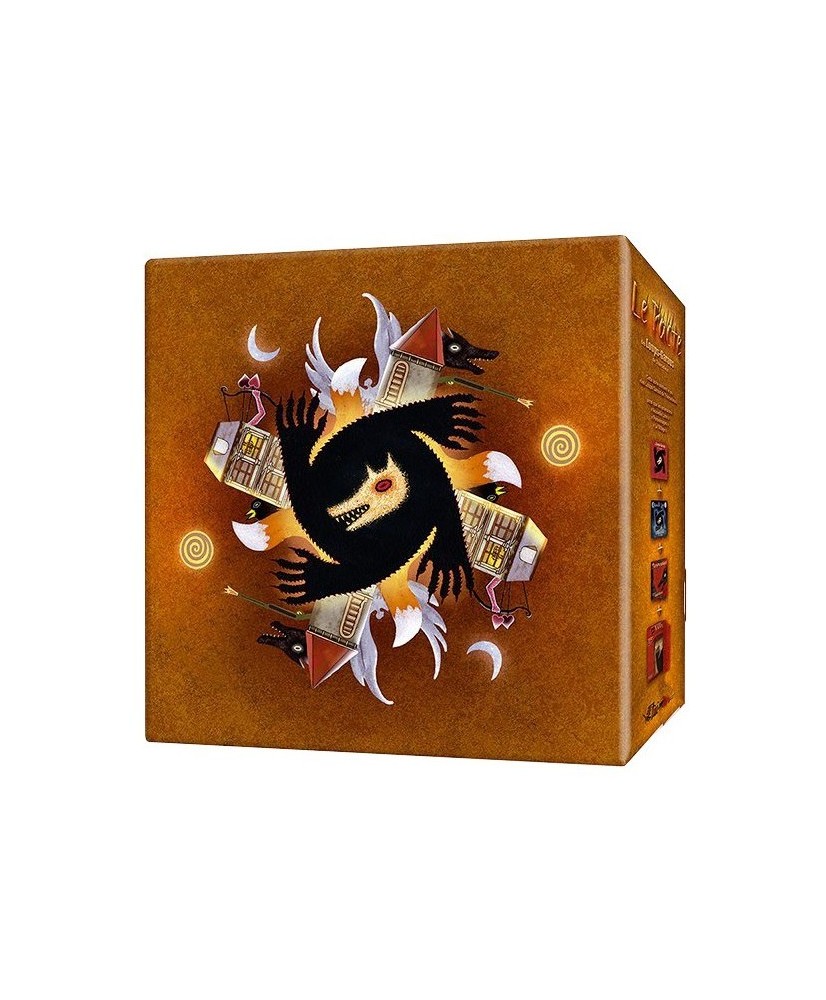 The Werewolves of Miller's Hollow: The Pact (FR Deluxe Edition)

The Werewolves of Miller's Hollow: The Pact consists of The Werewolves of Miller's Hollow base game as well as the three existing expansions for that game as of 2014: New Moon, Characters, and The Village. The Werewolves of Miller's Hollow is a game that takes place in a small village which is haunted by werewolves. Each player is secretly assigned a role - Werewolf, Ordinary Townsfolk, or special character such as The Sheriff, The Hunter, the Witch, the Little Girl, The Fortune Teller and so on... There is also a Moderator player who controls the flow of the game. The game alternates between night and day phases. At night, the Werewolves secretly choose a Villager to kill. During the day, the Villager who was killed is revealed and is out of the game. The remaining Villagers (normal and special villagers alike) then deliberate and vote on a player they suspect is a Werewolf, helped (or hindered) by the clues the special characters add to the general deliberation. The chosen player is "lynched", reveals her role and is out of the game. Werewolf is a social game that requires no equipment to play, and can accommodate almost any large group of players. Components 47 character cards (w/ 33 characters) (version deluxe of the cards ). 29 visible roles 36 event cards 14 buildings 2 bags to store the cards Rulebook
Lui-Meme
Jocul de baza + Extensie