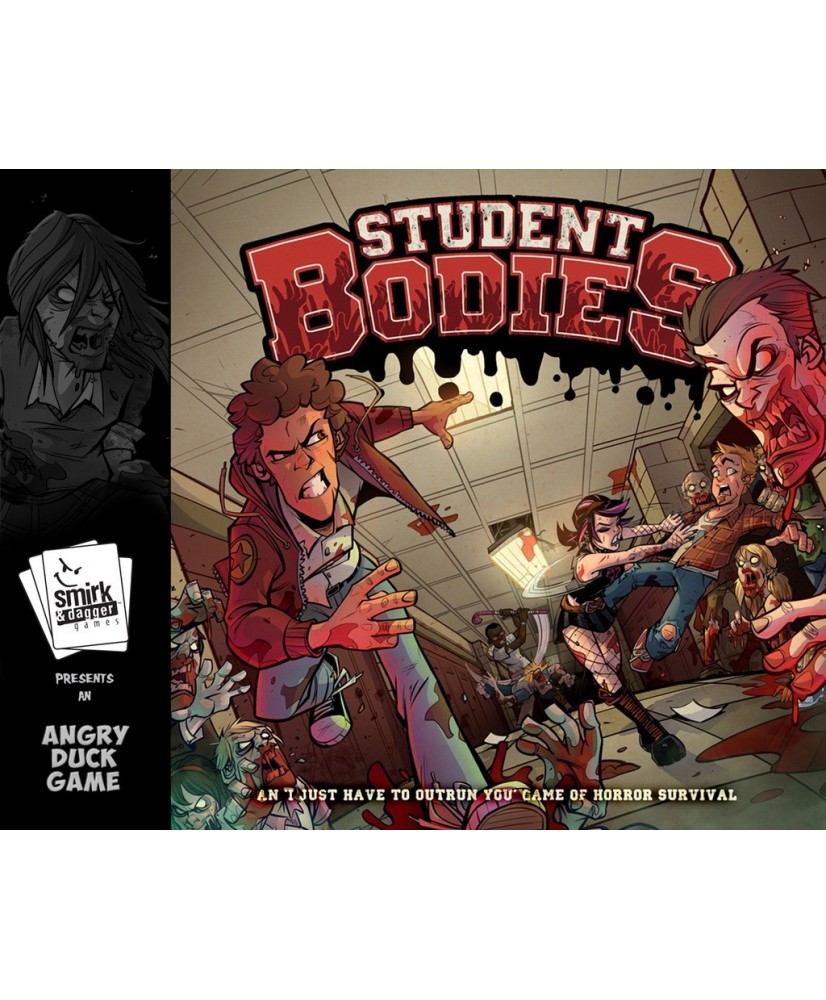 Student Bodies is an "I just have to outrun you" game of horror survival set in a high school that distinguishes itself from other zombie-themed games in a number of significant ways... There are no guns, no chainsaws; it's a high school, requiring you to be more resourceful. Players may even go most of the game without a weapon at all, hoping to dodge their way through. All players begin the game bitten, already infected by the zombie virus. No one can be trusted, not even that girl from band camp. Your objective: Be the first player to run down the hall, find an antidote in the science lab, and get back through the zombie-filled corridor to the exit. Only the first through will live, locking the door behind him to prevent the spread of the outbreak, which means everything and everyone on the board is an enemy. You may have to choose between killing a zombie or tripping a friend into your undead classmates to slow them down or eliminate them. But take heed because players who die before taking an antidote join the game to feast on the living. Unlike the mindless horde, they rise as extremely deadly "smart zombies", still playing with their full hand and hunting the living players. It's even possible for zombie players to win cooperatively by killing everyone else. Student Bodies creates an intense feeling of desperation and maintains it throughout, while the humor comes from the horrible lengths players will go to survive at the expense of the others. Randomized board elements and a customizable zombie AI deck keep the game fresh and allow its difficulty to be raised or lowered to a significant degree.
Smirk & Dagger Games
Jocul de baza