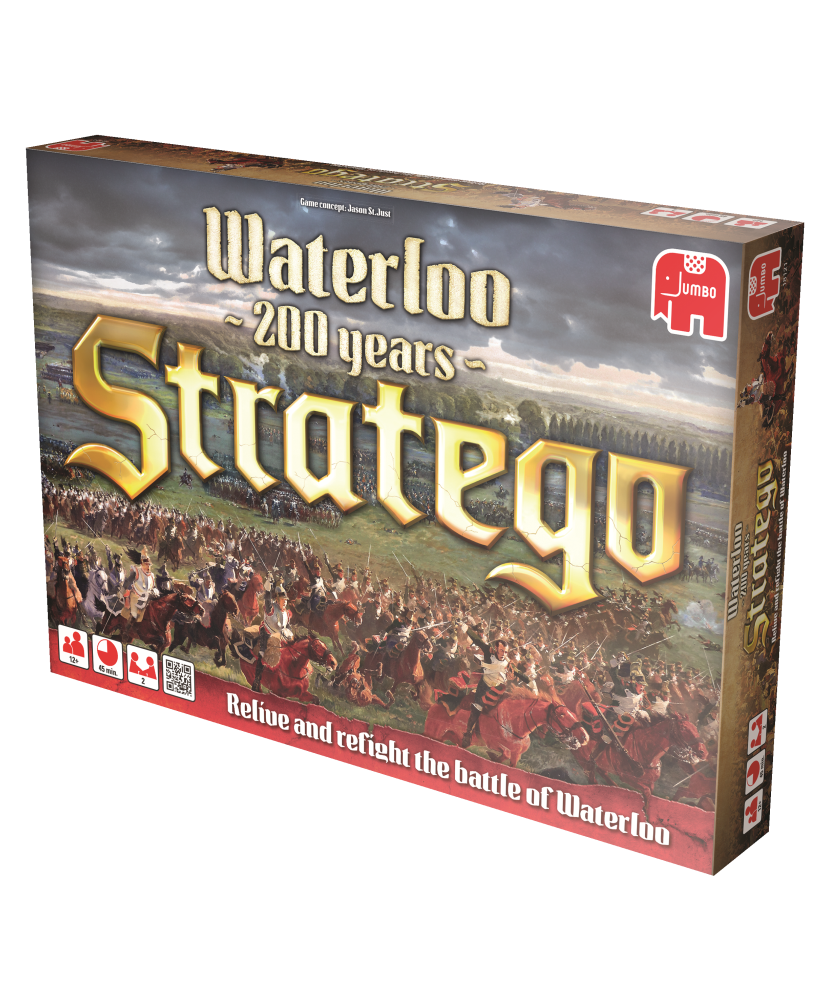 Relive and refight the Battle of Waterloo by leading your troops on as either Emperor Napoleon or the Duke of Wellington. Will you succeed in punching through Wellington’s lines before the arrival of the Prussians or will you, as Napoleon did, "Meet your Waterloo"? Stratego Waterloo is a highly flexible tactical board game specially designed to commemorate the bicentenary of the Battle of Waterloo. Thanks to the basic, standard and expert game rules it will provide both casual and expert gamers an hour to an hour and a half of battlefield excitement. Play as either Napoleon or Wellington and lead your infantry and cavalry into the fray, set up your artillery to wreak havoc on your opponents position! Relive and refight this epic but bloody battle: storm or bombard the farm of Hougemont, let your heavy cavalry charge down in a wild frenzy or let your brave marshal lead your excited troops into that gap in order to sever the enemy's lines of communications. As Wellington, will you stand your ground and wait for the arrival of the Prussian reinforcements or will you take the inititiative and make the most of every mistake the French make? As Napoleon, will you start the battle early but with less troops or will you use your entire force to knock those British, Germans and Dutch from that ridge? YOU decide the destiny of Europe. Although great care has been taken to offer the players a good ‘feel’ of the historical battle, the movable terrain tiles invite you to create and play any fictional battle. No time to play an entire battle and only a half an hour to spare? Then treat yourselves to a simple skirmish by using just half of the available pieces!
Jumbo
Joc de baza