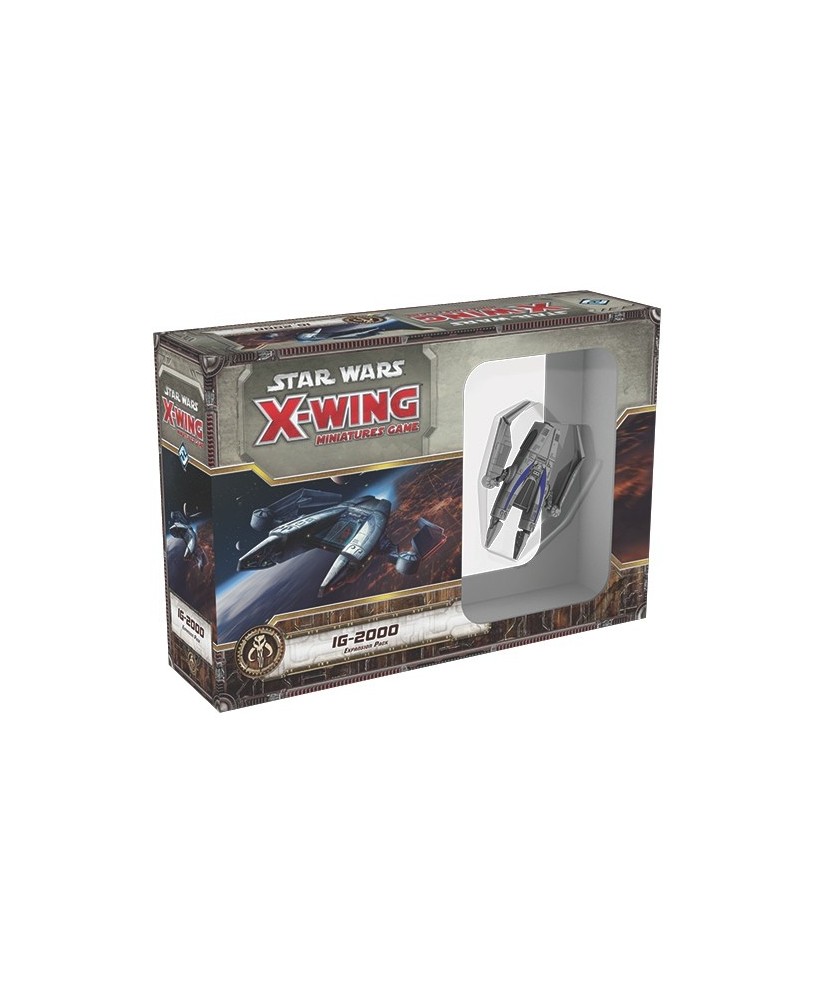 A heavily modified Aggressor assault fighter, IG-2000 was the signature vessel of one of the galaxy’s deadliest bounty hunters, the Assassin Droid IG-88. In X-Wing, the IG-2000 is a powerful, large-base starfighter capable of performing the demanding Segnor's Loop maneuver. The IG-2000 Expansion Pack — part of the sixth wave of starship expansions for the Star Wars: X-Wing Miniatures Game — features one carefully detailed and pre-painted IG-2000 miniature at 1/270 scale, along with four ship cards, twelve upgrade cards, a maneuver dial, and all the tokens you need to hunt down your prey and obliterate it.
Fantasy Flight Games
Extensie