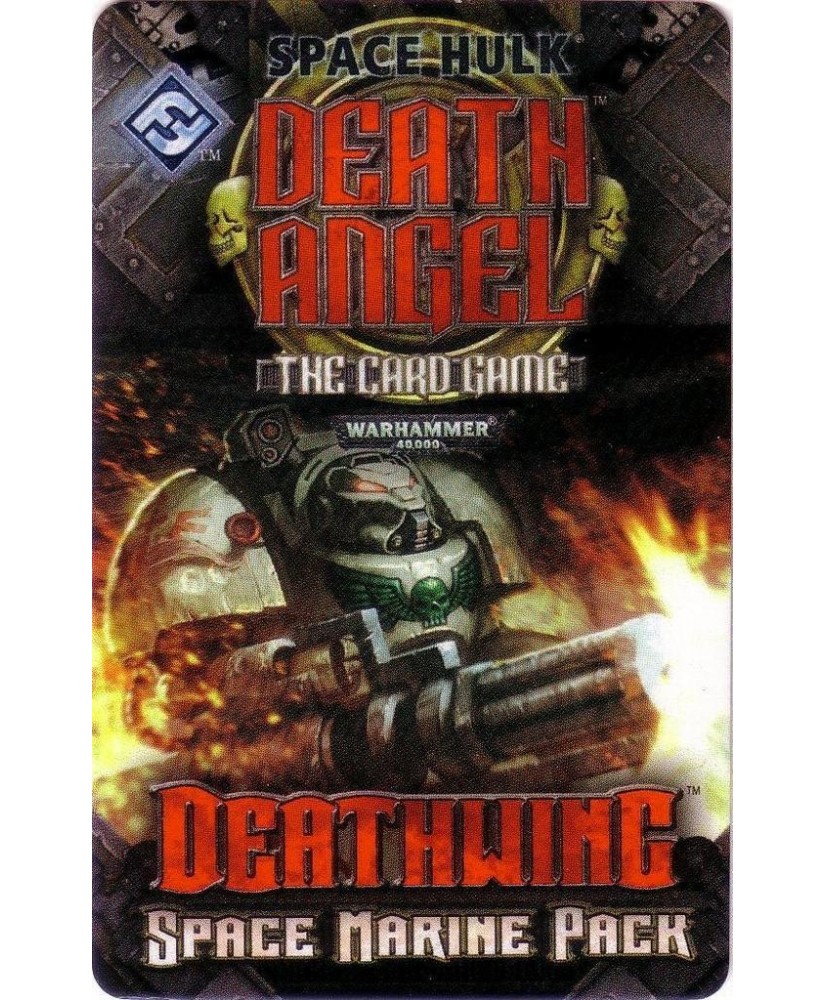 The Deathwing Space Marine Pack, a Print on Demand expansion for Space Hulk: Death Angel - The Card Game, includes an alternate set of Space Marines to replace the ones from the Death Angel base game. By simply switching out a number of your base game combat teams, you can bring new strategic options to your fight against the vile Genestealers. In addition to bringing new abilities such as Hellfire and Trail of Destruction, the Deathwing Space Marines offer an expanded use for the support tokens found in the base game. From an Apothecary that can use his Support Tokens to assist his wounded brothers, to the relentless Interrogator-Chaplain who is able to give a fellow Space Marine any Support Token he spends, the Deathwings make optimal use of the Support action.
Fantasy Flight Games
Extensie