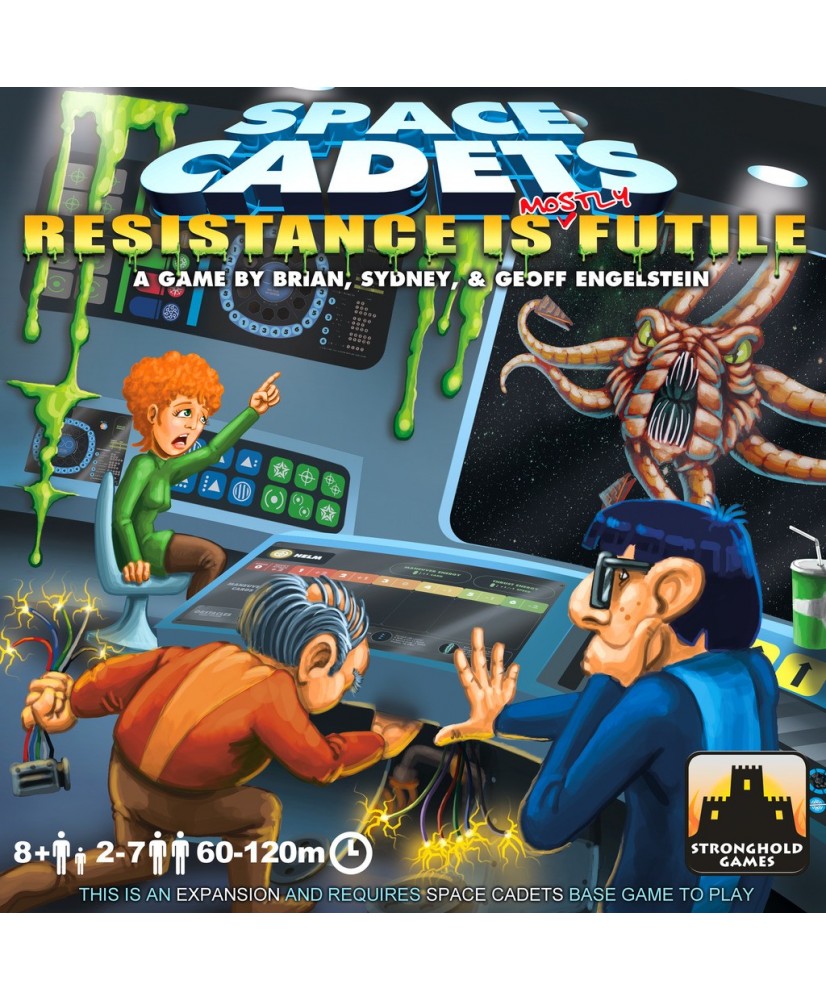 Space Cadets: Resistance Is Mostly Futile is the first expansion for the original Space Cadets game. A variety of new missions, map obstacles, and enemies are included to challenge both novice and veteran crews. Even missions for just two players! Blast parasites, save a space station and stop the mighty Star Kraken, an enemy unlike any you have faced before. Also Cadets, be sure to welcome your new crew mate, the Science Officer! Any difficulty can be bested with one of his helpful inventions... If only they weren't made of parts of the ship. Survive lasers and tentacles and the well-meaning Science Officer tearing apart your ship and prove that you deserve the title of a true Space Cadet!
Stronghold Games
Extensie