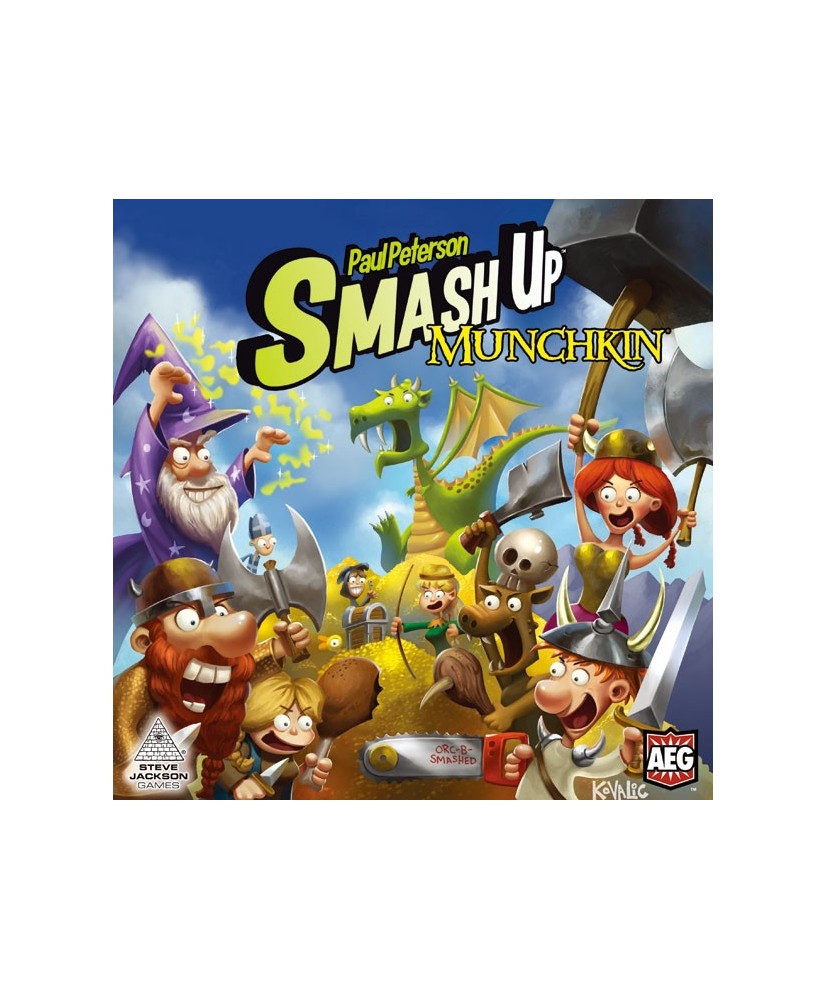 The "shufflebuilding" game Smash Up starts with a simple premise: Take the twenty-card decks of two factions, shuffle them into a forty-card deck, then compete to smash more Bases than your opponents! Each faction brings a different powers and sometimes different game mechanisms into play, so every combination of factions brings a unique play experience. During play, Base cards (each with their own difficulties and abilities) are in play. You attempt to have the most power on the Base from your minions when the Base is smashed because when that happens each player in first, second and third place scores points. Smash Up: Munchkin is a Munchkin-themed version of Smash Up. There are eight factions; Clerics, Halflings, Orcs, Warriors, Elves, Thieves, Dwarves and Mages.
Alderac Entertainment
Joc de baza si Extensie