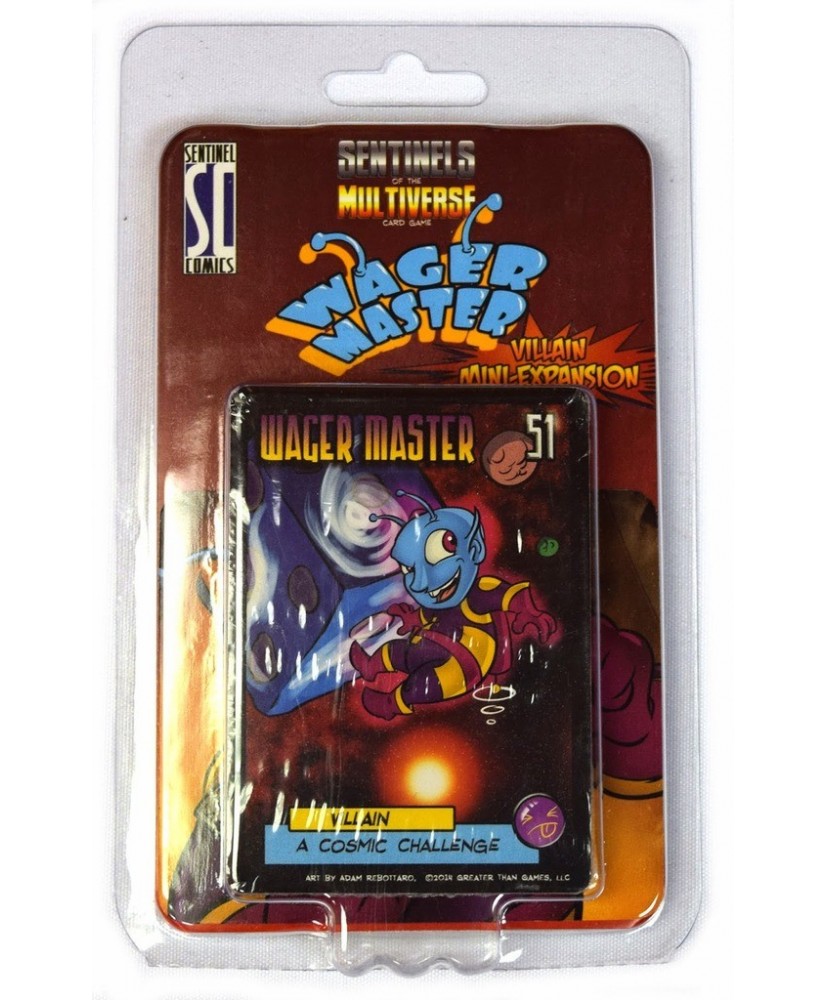 Before time was time, before space was space, there was the wager. The wager that nothing would happen. That wager was lost. And from that loss came the Wager Master. As reality formed and matter came into being, all of the losing wagers - all of the impossible possibilities - also formed into being. Into a specific being: the Wager Master. The Wager Master appears however it wants. It commonly goes for centuries without showing up anywhere in the Multiverse. But when it does show up, it’s a safe bet that things will go wrong. The Wager Master thrives on playing with the rules of reality. It appears to a race of sentient beings, plays games with whatever champions they might have, and ultimately destroys everything it encounters as they inevitably lose the Wager Master’s games. Those who lose to the Wager Master become mere playing pieces for more twisted games. Now, unfortunately, the capricious Wager Master has appeared on earth. Too many things have gone wrong. Too many coincidences and too many confluences point to the truth: we are all pawns in the cruel game of an entity as old as the Multiverse. What chance do the Sentinels of that Multiverse have? --- Sentinels of the Multiverse: Wager Master Villain Mini-Expansion is a new villain character, with his own unique villain deck of 25 cards, a rules card, and a character card.
Greater Than Games
Extensie