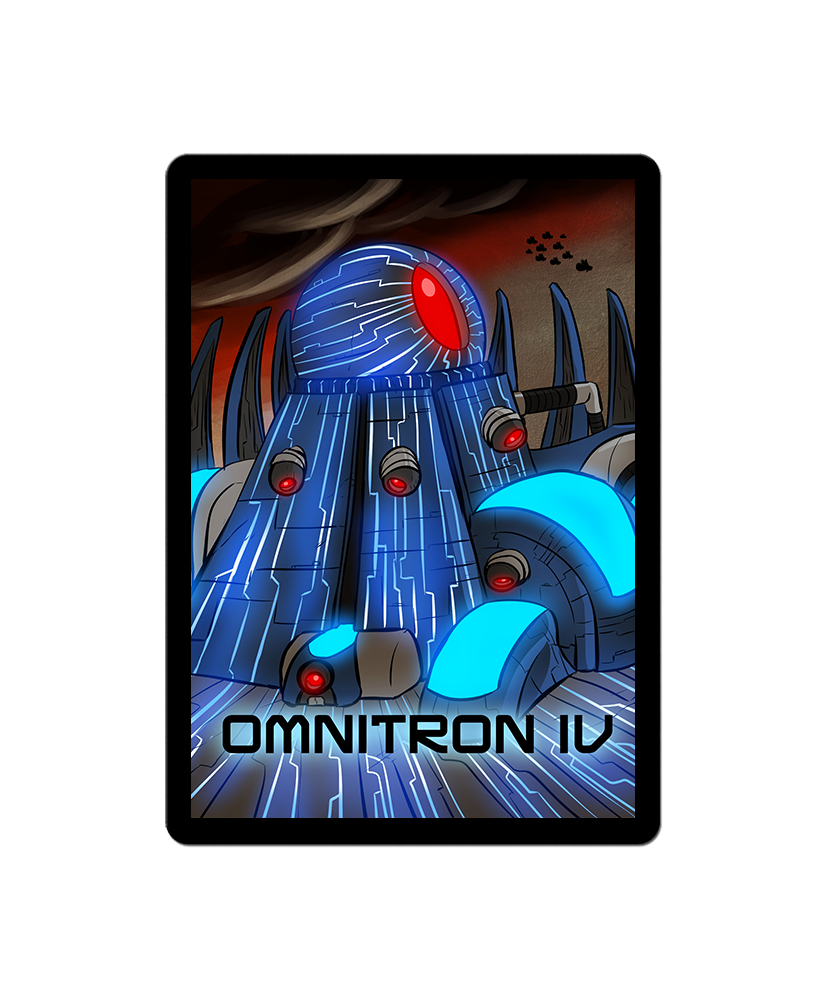 After the cosmically imbued Omnitron was destroyed by the heroes of earth, many thought the last had been seen of the destructive artificial intelligence. Baron Blade merely saw potential. He worked through many channels to recover parts of the Omnitron frame, and rebuilt and reactivated them as his own personal Omni-Blade! However, after the Vengeful Five's defeat, there was enough sentience left in the Omni-Blade that it knew to hide. It slowly accumlated parts and resources, but it had lost much of its intelligence. It struggled to reach its former power, but it was missing too much of itself. Instead, it formed a massive construction assemblary. There, it pumped out drones and devices, hoping to match in numbers what it once had in power. Many seeking power have attempted to harness the automatically generated troops and resources created by the fourth incarnation of Omnitron. Heroes have faced more than one villain in the self-aware factory, each attempting to join forces with the robot, or even to subjugate its programming. If any were to succeed, the results would be disastrous... --- Omnitron IV is a mini-expansion Environment Deck of 15 cards that adds a new place for the Heroes of Sentinels of the Multiverse to battle the Villains in.
Greater Than Games
Extensie