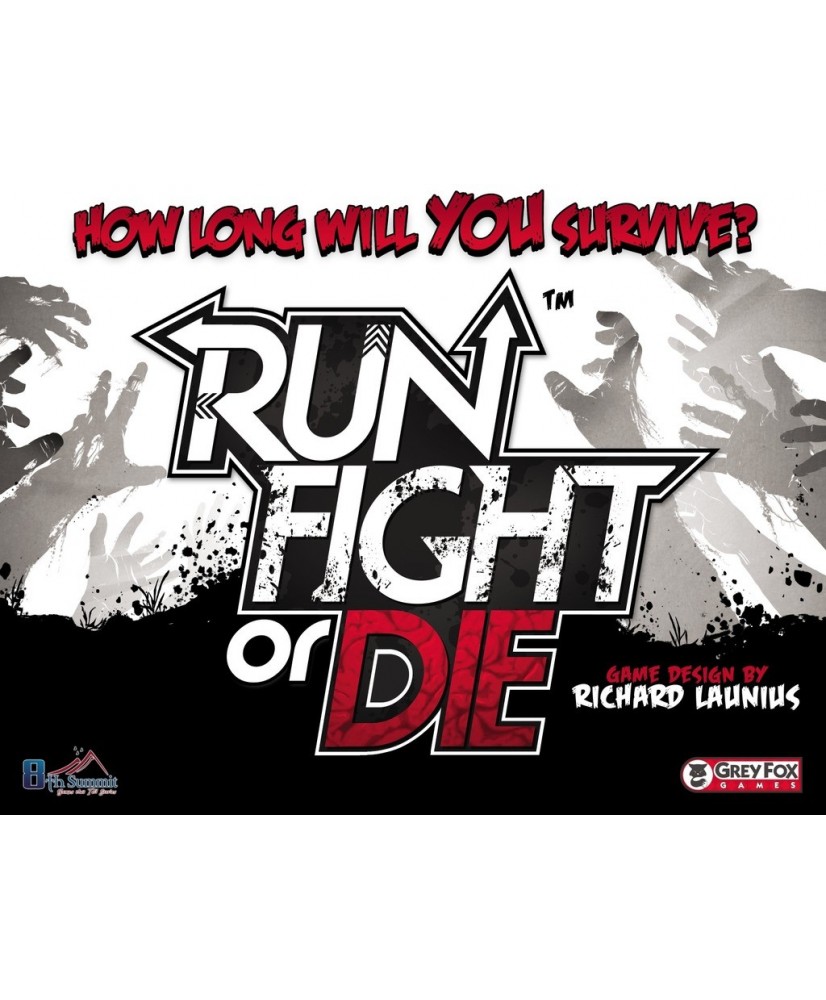 The undead hordes are back! But this time they're not miniatures shambling around a modular board - the zombies are coming straight for you! As in most zombie games, you represent a unique character with your own character traits, except in Run, Fight, or Die! you will also have your own individual board with zombies you alone will encounter. Zombies move closer to you every round. You run from location to location, searching for weapons and survivors in a desperate attempt to stay alive. Survivors may bring new skills to help you in your desperate fight for survival, or in some cases, new challenges to overcome. In either case, every survivor provides you victory points. The game ends either when one player finds five survivors and declares the last round, or when a player reaches the town line (and the total Followers in play meets a minimum), or if a player gets bitten and turns. Be careful, some followers may turn against you, while others can slow you down. When it comes right down to it, the choice is simple: Run, Fight, or Die! Scoring is based on the total points of survivors and remaining health of the players’ characters. Run, Fight, or Die! is a frantic first person experience for 1 to 4 players (will play up to 6 with the 5/6 player expansion). The game is loaded with goodies, including 4 Action Boards, 5 Character Boards, a Loot Deck, a Location Deck, an Event Deck, a Follower Deck, Mutant Deck, 7 Custom Dice, tokens and beautifully crafted miniatures.
8th Summit
Jocul de baza