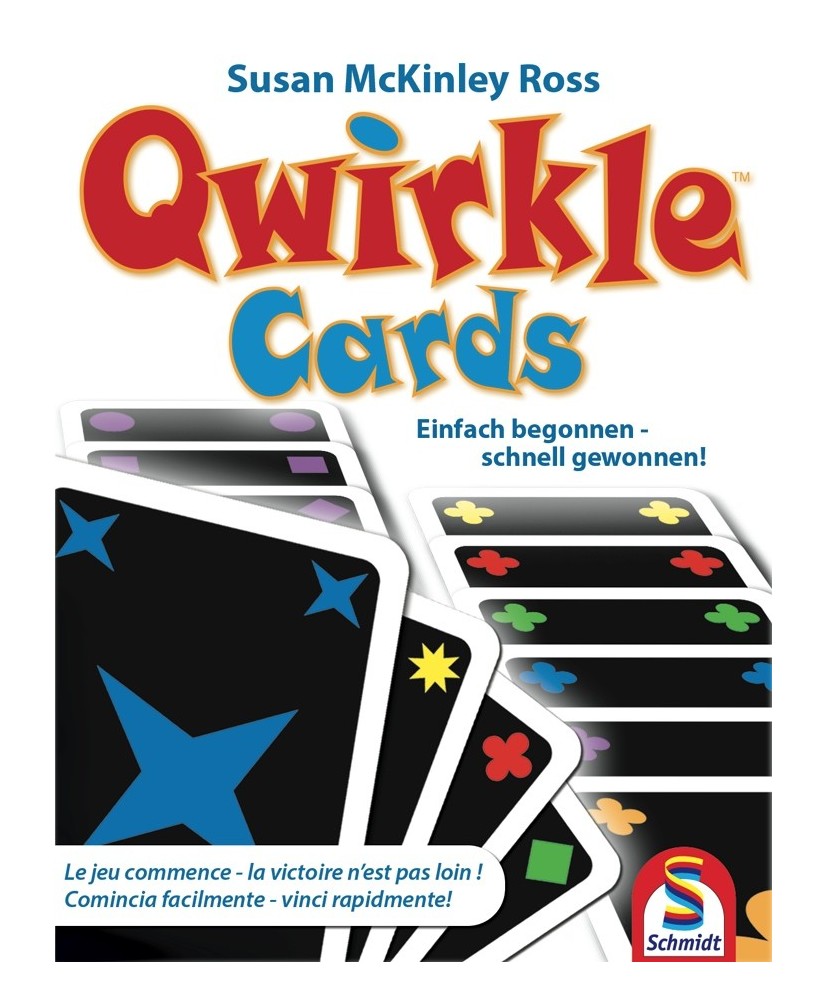 In terms of its gameplay, Qwirkle Cards plays somewhat like Rummikub, with players laying down cards/tiles from their hand onto the table and possibly moving things around to create new sets. In more detail, players start with a hand of nine cards from the 108-card deck; each card shows a colored symbol, with each of the six symbols appearing three times in each of the six colors. Whoever has the most cards in hand of one symbol or one color (but without duplicates) starts the game by laying these cards face up on the table as a set. Players then take turns in clockwise order. On a turn, a player must add at least one card to the table; if she can't, she draws nine new cards, shuffles her old hand into the deck, then plays. When she plays, she can play as many cards as she likes as long as they share a color or symbol. She can create a new set if she plays at least three cards or she can add her cards to existing sets (as long as she doesn't duplicate a color or symbol) or she can do both. On her turn, she can move cards from one set to another, possibly using these cards with cards that she plays in order to create a new set. The point of this gameplay is to create qwirkles, that is, a set of six cards that contains either each symbol in a single color or each color in a single symbol. When a player creates a qwirkle, she claims this set from the table. After a player's turn, she refills her hand to nine cards. The game continues until the deck runs out of cards. Each player then takes one final turn, including the one who took the final card, then whoever has claimed the most qwirkles wins!
Schmidt Spiele
Joc de baza