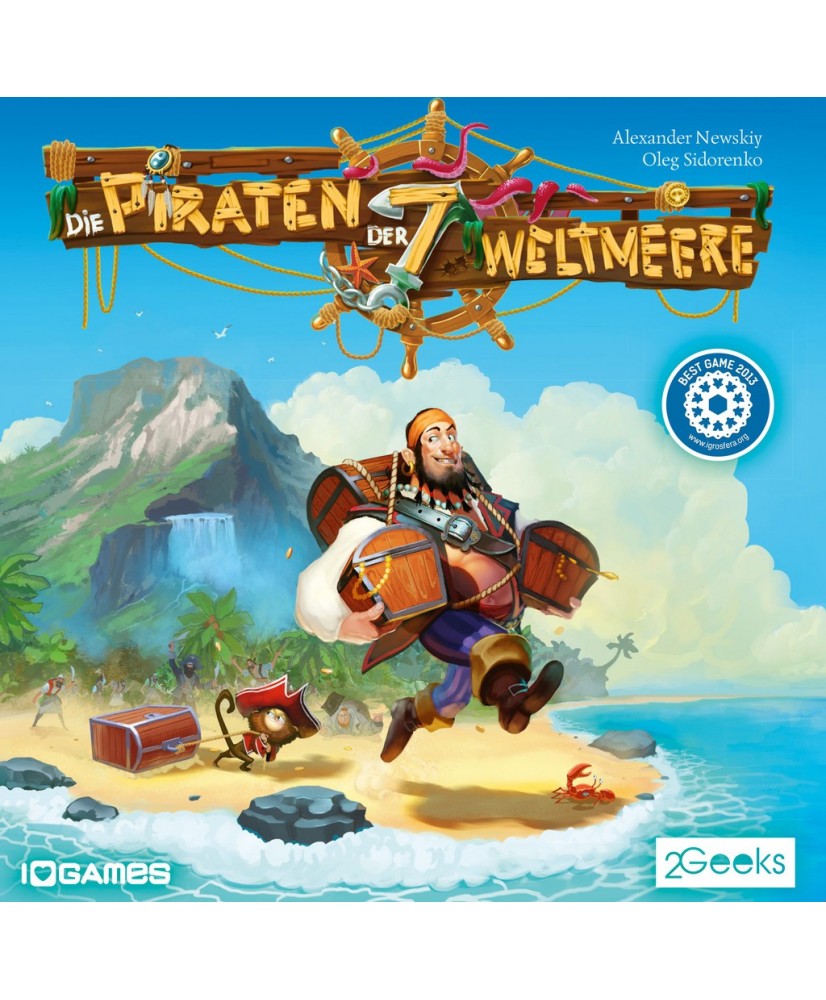 Pirates of the 7 Seas is an innovative, fast and competitive board game full of events from everyday pirate life: plundering, old maps, and horrible gigantic krakens. Adventures, new ports and powerful rituals are waiting for you. Sometimes pirates have to rely on the other pirates, but don't forget that you can get stabbed in the back anytime. As the waves break on your ship, take a turn for the topsy-turvy motion of the ocean by rolling your ship dice — but remember that where they land on the board means as much as what you roll! Choose to remain an independent vagabond, or maybe cut a deal with a Governor to become all official-like in your pirating ways. Consult with a shaman to curse the other pirates or pay a visit to the cartographer to find a map with some hidden treasure. In the game, the turn begins with players choosing the character card whose action they want to play — because each character has its own ability to help you get rich quickly — and places it facedown in front of them. When everyone has chosen their character cards, the first player announces the characters one by one. When you hear your character, you reveal your character card and play your adventure, curse, or port card, and everyone gets involved in a new adventure, which usually ends with a grandiose sea battles, or some curse, or finding a new port. The pirate with the most booty wins the day, but a pirate's life isn't always on the up and up. Savvy?
2Geeks
Joc de baza