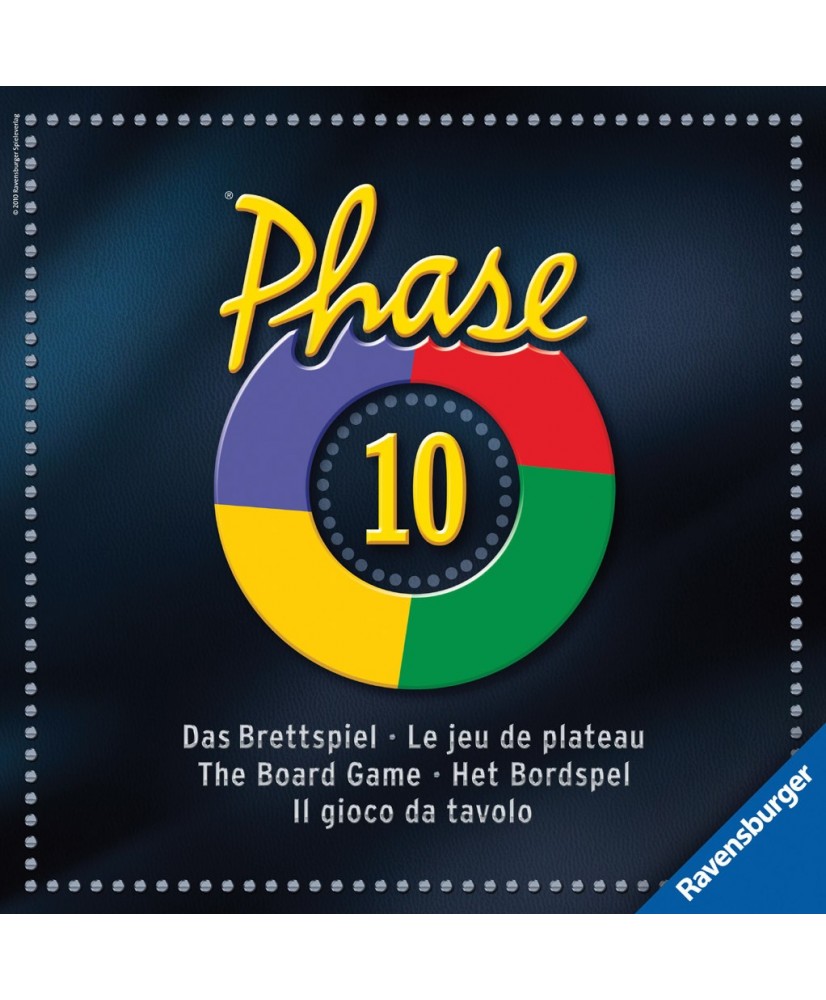 As in other Phase 10 versions, the players try to collect sets of cards in ten different phases which have to be collected in order. Only when one phase is completed, the player can start collecting the next one. In this board game version, players move along a circular track on the board. For this, they roll two dice and choose one of them for their movement. The field they land on contains instructions on how to draw or replace cards or even request them from others. Afterwards, phases can be laid out or added to. At the end of each player's turn, a card has to be discarded. A player who has no cards left after this moves forward two phases, the other players who have completed the current phase move forward to the next phase, all others have to try the current phase again in the next round. The first player to complete phase 10 is the winner.
Ravensburger
Jocul de baza