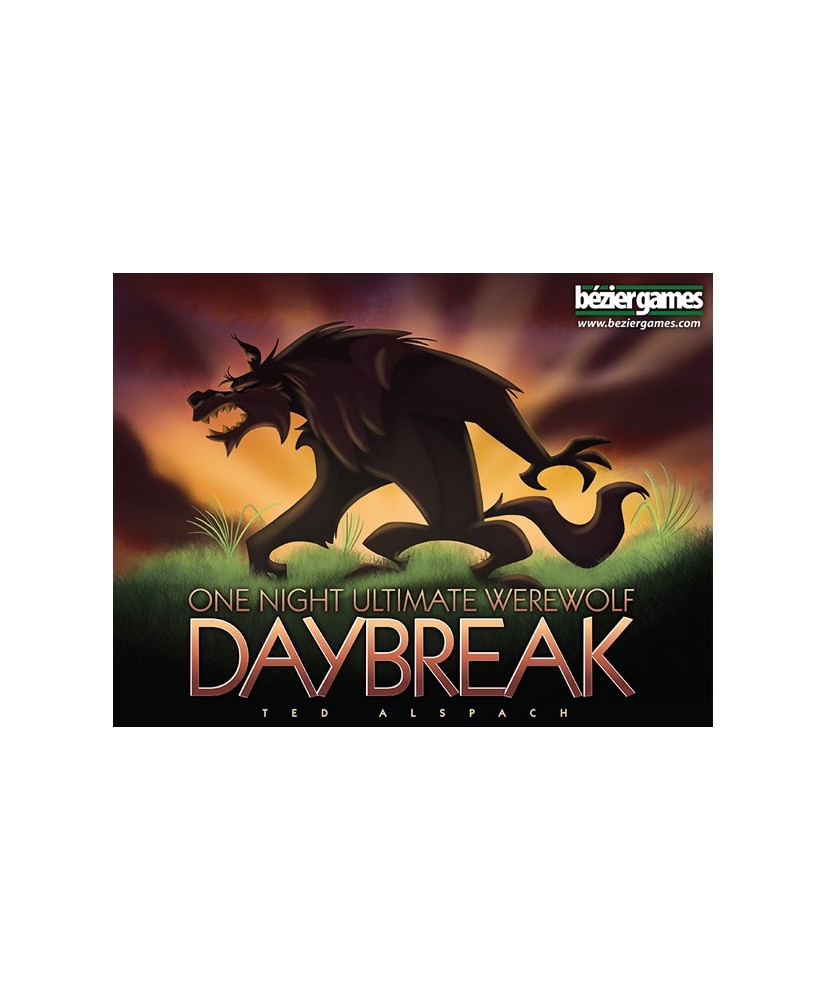 One Night Ultimate Werewolf Daybreak is a fast game for 3-7 players in which everyone gets a hidden role, each with a special ability. (No plain "villagers" here!) In the course of a single morning, your village will decide who among them is a werewolf...because all it takes is finding one werewolf to win! Daybreak includes eleven new roles, and it can be played on its own or combined with the original One Night Ultimate Werewolf game; when combined, you can have up to ten players in a single game.