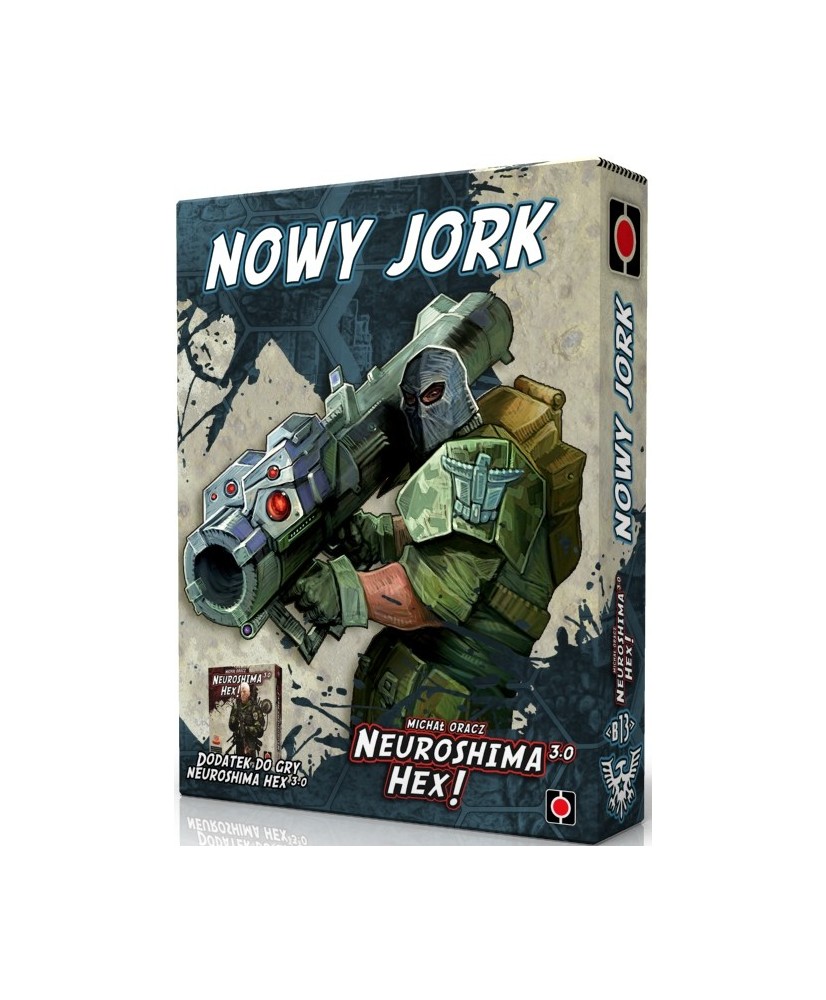 New York didn't collapse. Destroyed by atomic bombs, transformed into a fortress among the ruins, it still fights in the defense of the ideals of Free America. So far it has become a capital of the small state of the same name and has start a crusade to restore the human world. At the same time it has usurped the role of guiding the nation and removed its opponents wherever it can. Again and again, the new troops set off on expeditions to the wilderness in search of new resources and prewar technologies, recruiting useful people along the way. The city itself has become a fortified police state, one of the few safe places in the ruined world, where you pay for peace with your obedience. Neuroshima Hex! Nowy Jork is a single army expansion for Neuroshima Hex! The advantage of this army is the diversity of its units, including a lot of shooting units. A great strength is the Headquarters, which gives additional endurance points, and the presence of spies, which can use enemy modules. The army's disadvantage is a smaller possibility of creating strong offensive coalitions, and the fact that the HQ's special ability is rather defensive. Neuroshima Hex! Nowy Jork was originally released as part of the two-army expansion Neuroshima Hex! Babel13.
Portal Games
Extensie