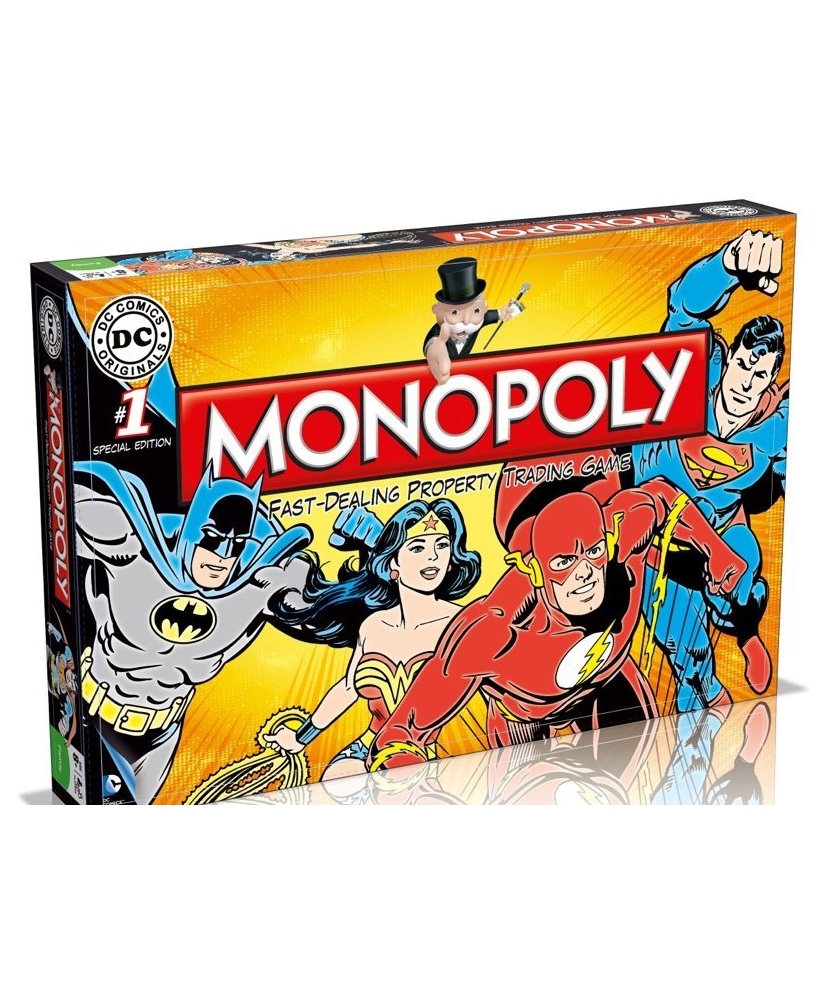 A monopoly (from Greek monos μόνος (alone or single) + polein πωλεῖν (to sell)) exists when a specific person or enterprise is the only supplier of a particular commodity. Monopoly is a roll-and-move game where players move around the game board buying or trading properties, developing their properties with houses and hotels. When opponents land on players owned property, the owning player collects rent from the landing player. Owning sets of properties increases the rent paid to the player who owns them, by the player who lands on the square. The ultimate goal is to have the most money and drive opponents into bankruptcy. The classic Monopoly with constructions and other elements from DC Comics, a world of heroes and super villains.
Winning Moves
Joc de baza