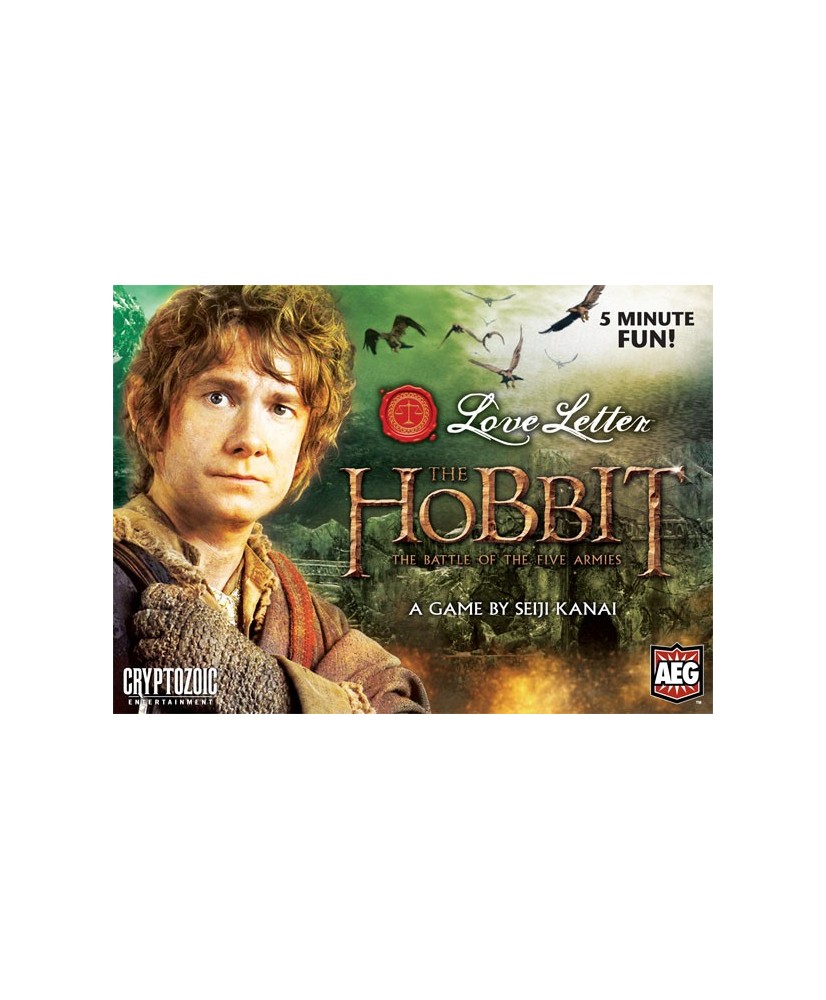 Love Letter: The Hobbit – The Battle of the Five Armies

Love Letter: The Hobbit – The Battle of the Five Armies is a game of risk, deduction, and luck for 2–4 players based on the original Love Letter game by Seiji Kanai. The deck consists of 17 cards, with the Arkenstone being valued #8, Bilbo Baggins #7, and so on down to The One Ring at #0. In each round, each player starts with only one card in hand; one card is removed from play. On a turn, you draw one card, and play one card, using the power on that card to expose others and (possibly) knock them out of the round. If you're the final player active in the round or the player with the highest card when the deck runs out, then you score a point. In LL: The Hobbit, The One Ring does nothing during play, but it counts as a #7 when the game ends, possibly leading to a tie should someone else hold Bilbo. In addition to the one extra card, LL: The Hobbit differs from the original game in that the Baron (#3) is represented by two separate cards: Tauriel and Legolas. When you use an elf's power to compare cards, Tauriel knocks out the player with the higher valued card while Legolas targets the lower valued card. (This change isn't in the German edition, where Legolas and Tauriel have the same text.) Whoever first wins 4-7 rounds, with the number dependent on the number of players, wins the game! 2012 Japan Boardgame Prize Voters' Selection Winner 2012 Meeples' Choice Nominee 2013 Diana Jones Award for Excellence in Gaming Nominee 2013 Origins Awards Best Family, Party or Children's Game Nominee
Alderac Entertainment
Jocul de baza