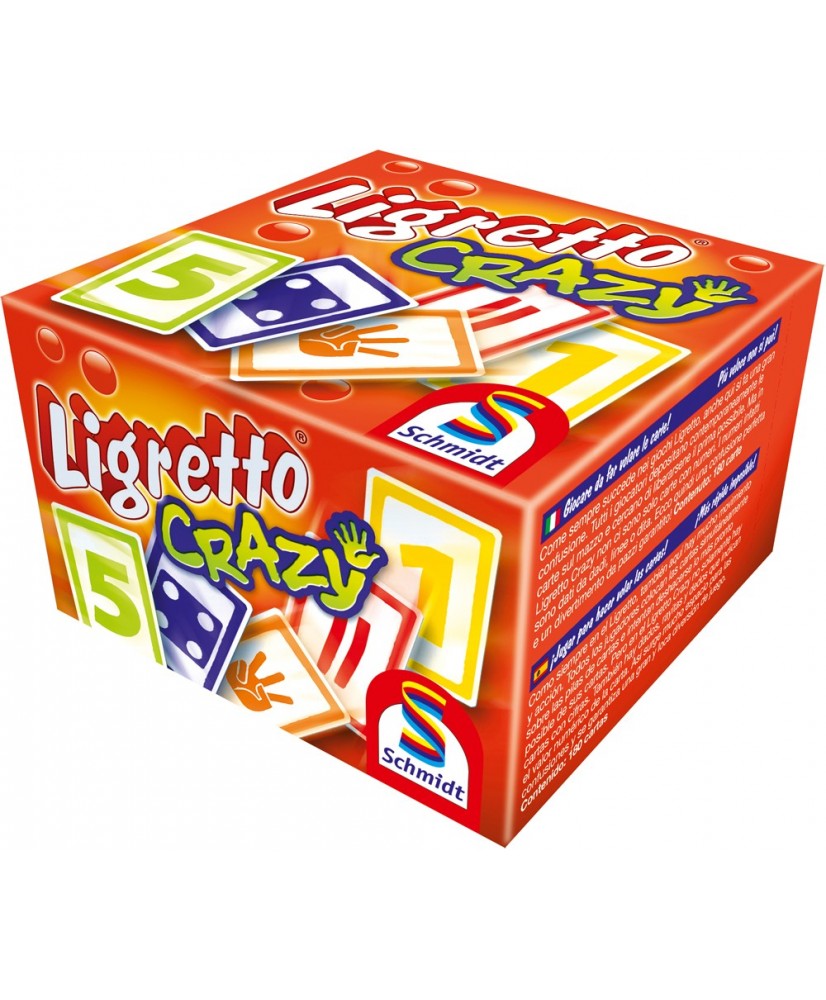 Ligretto Crazy (a.k.a. Ratuki) plays much like the card game Ligretto in which each player wants to get rid of her pile of cards first. Each player starts with a deck containing the same cards; each card shows a value from 1-5, sometimes as a numeral, sometimes with fingers on a hand, sometimes spelled in various languages, and so on. Everyone plays at the same time. Players take three cards in hand, then all try to play cards to the center of the table, starting with 1s, then 2s, etc. The number of card piles in play can't exceed the number of players. When playing a card, a player can lay down a card that's one higher or one lower than the top card on a pile. As soon as a player lays down a 5, she claims the pile, placing it in her score pile. Players can discard cards as they like, but they lose 1 point for each card discarded. As soon as a player runs out of cards, she can end the round. Everyone scores 1 point for each card in their individual score pile, then loses 1 point for each card discarded, each card in hand, and each card still in their pile. Players then sort the cards and start a new round. When one player has totaled 100 or more points, she wins!
Schmidt Spiele
Joc de baza