The One Ring (Kickstarter... 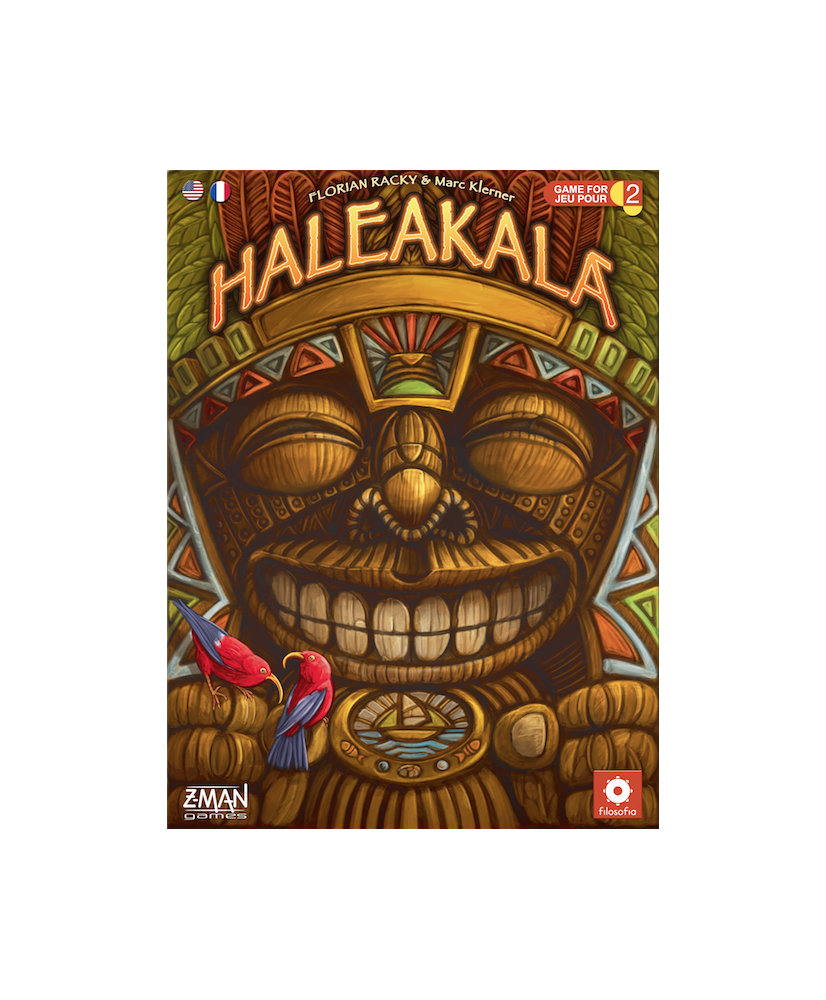 In the two-player-game Haus der Sonne, players are building statues on the slopes of a volcano to honor their gods. The higher the statues are built up the volcano the more they score in one of the two scoring phases, but of course the closer they are build towards the crater the danger of being destroyed by volcanic eruption is higher as well. By playing numbered chips (1-5) to the beach, you move a ship clockwise. The sector in which the ship is moved will be evaluated. If a player has placed a numbered chip into this sector, he may gain a card from this sector. Cards are required to build statues, buy bonus score cards or to influence the direction of the lava when the volcano finally errupts (two times in the game - right before an evaluation)
Z-Man Games
Joc de baza