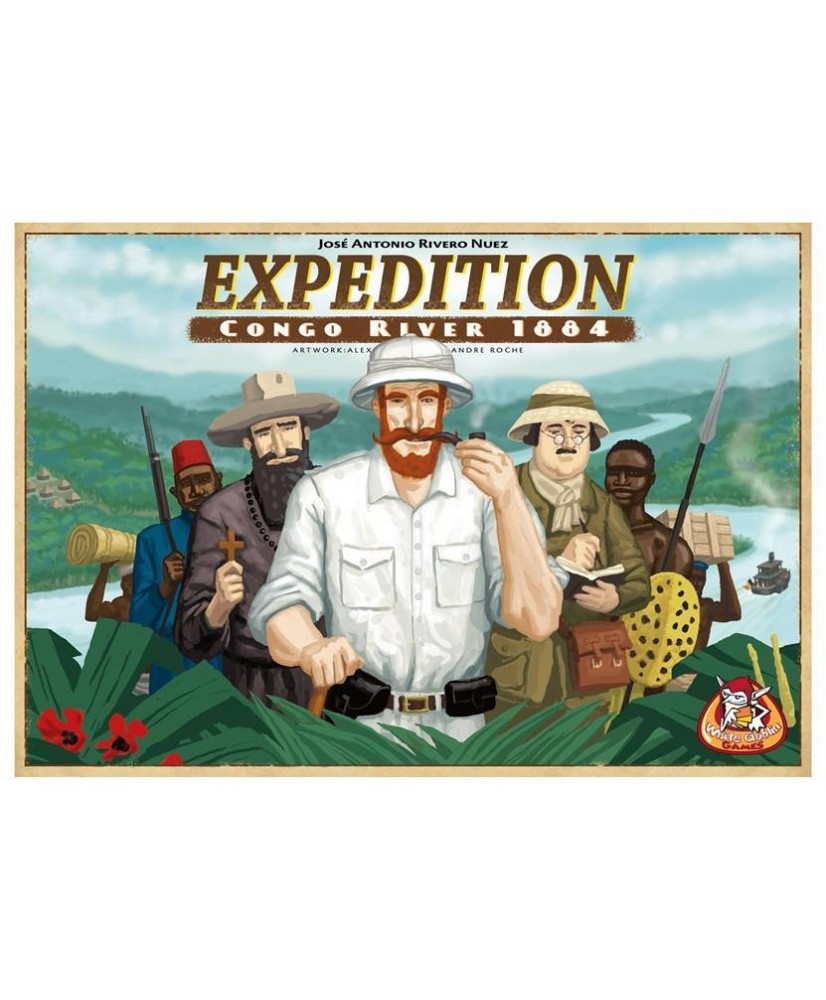 In 1884, the major European imperialist powers – Great Britain, France, Germany and Belgium – were busy struggling to get a piece of the cake that was colonial Africa. At first they sent missions dedicated to exploration, but this quickly changed to vying for favorable concessions, treaties, and even settlements. This race for supremacy and the desire to be the first to establish a foothold in Africa provoked an endless series of confrontations and conflicts. In Expedition: Congo River 1884 – the first title in Rivero's "Expedition"-series, which will take place all around the world – a paddle-wheeler steamboat is about to leave Leopoldville (now Kinshasa) and sail up the Congo River bound for the remote village of Kindu in the heart of deepest Africa. While the travelers aboard the steamer are of many different nationalities and professions, they all share the same spirit of adventure. Each player controls a group of these travelers and must compete with their opponents to take command of the colonial stations found at each stop along the steamer's trip upstream. Players gain victory points for each station under their command. The player with most points at the end of the game wins.
White Goblin Games
Jocul de baza