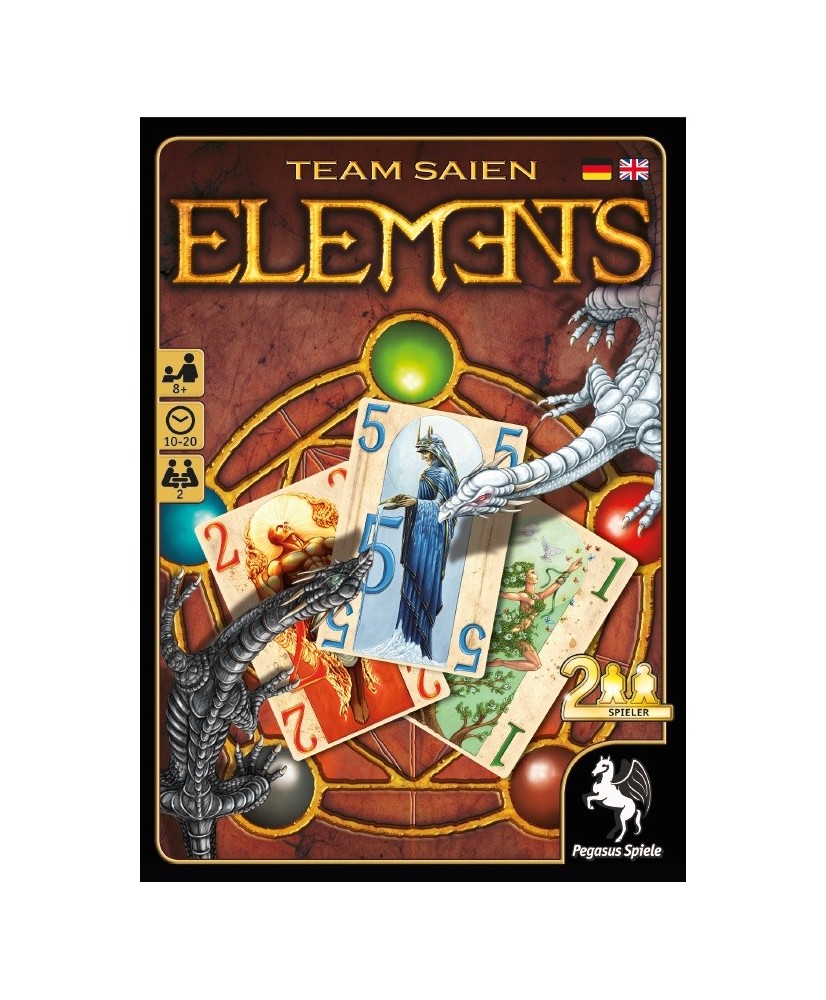 Elements, a.k.a. Khmer, is a bluffing and deduction game for two players that contains only sixteen cards, with each player trying to figure out the best time to end the round so that they can win. The goal each round is to have a hand of cards with a higher sum than the opponent, but equal to or less than the sum played to the table. To set up a round, deal six cards face down to each player, then remove the remaining four cards, unseen, from the game. On your turn, you take one of these five actions: 1: PLAY a card from your hand to the table, overlapping any cards previously played and announcing the sum of all revealed cards. 2: DRAW the most recently played card from the table and place it in front of you; this card counts as being in your hand, thereby increasing the sum of your hand and lowering the sum on the table, but you cannot discard or play this card. 3: DISCARD a 6 card from your hand, placing it to the side out of play for this round. 4: KNOCK to end the round and see who wins; you may do this only if the sum of cards in your hand is equal to or less than the sum on the table. The players than compare sums, and whoever has the highest sum (without going over the sum of cards on the table) wins 2 points; if the players are tied, the player who knocked loses. 5: FOLD to end the round because you think that you will lose; the opponent wins 1 point. Shuffle all the cards, and redeal; the player who scored in the round starts the next round, and the first player to collect 6 points wins. Alternatively, players can play only a single round to determine the winner, ignoring the FOLD action since that's a sure loser...
cutia.ro
Joc de baza