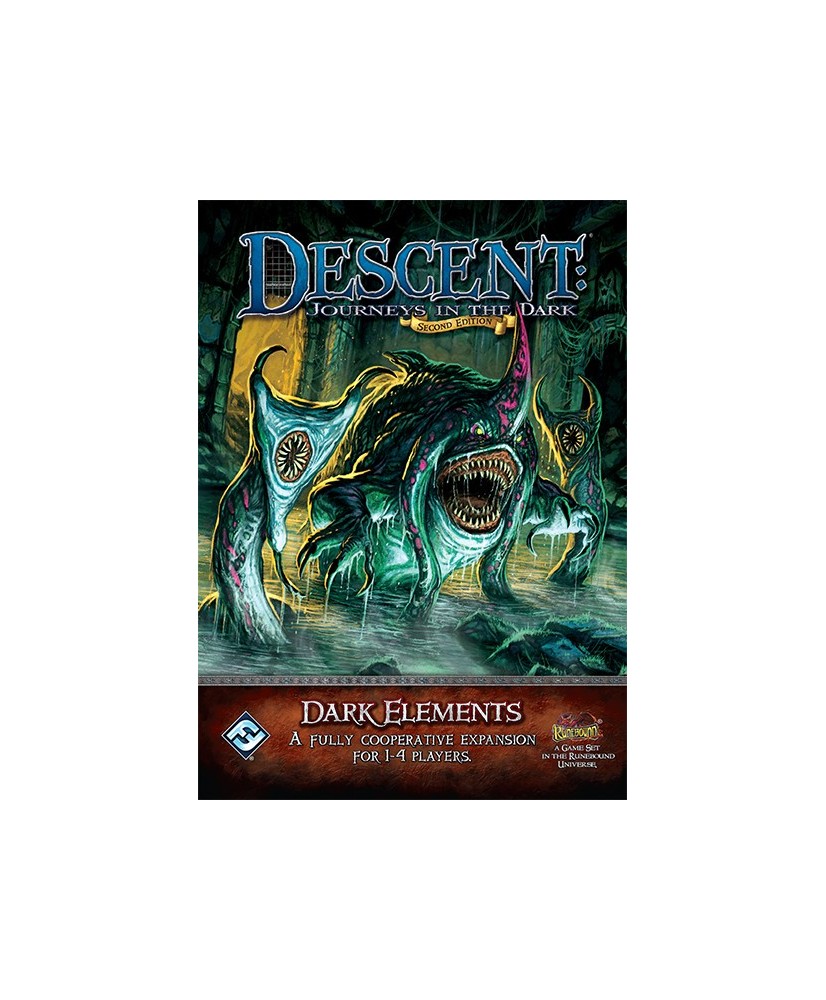 Experience the battles and quests of Descent: Journeys in the Dark Second Edition in a new way with the Dark Elements expansion! This expansion, available via FFG’s in-house manufacturing, offers an entirely cooperative variant to Descent without replacing the main game. Up to four players take the roles of heroes, working to escape from a nightmarish dream world. A series of Exploration cards dictate which rooms and areas the heroes encounter, ensuring that you’ll never play the same game twice. In the Dark Elements expansion, the overlord is replaced by an overlord track and a deck of monster activation cards, which control the monsters you encounter. Your heroes must battle through waves of monsters to escape your fate, but you still have a chance to gain experience and grab items along the way. Dark Elements simulates a mini campaign in one night, offering all the excitement and adventure of Descent in a fully cooperative environment. Important: The Lair of the Wyrm expansion is required to play the Dark Elements cooperative adventure.
Fantasy Flight Games
Extensie