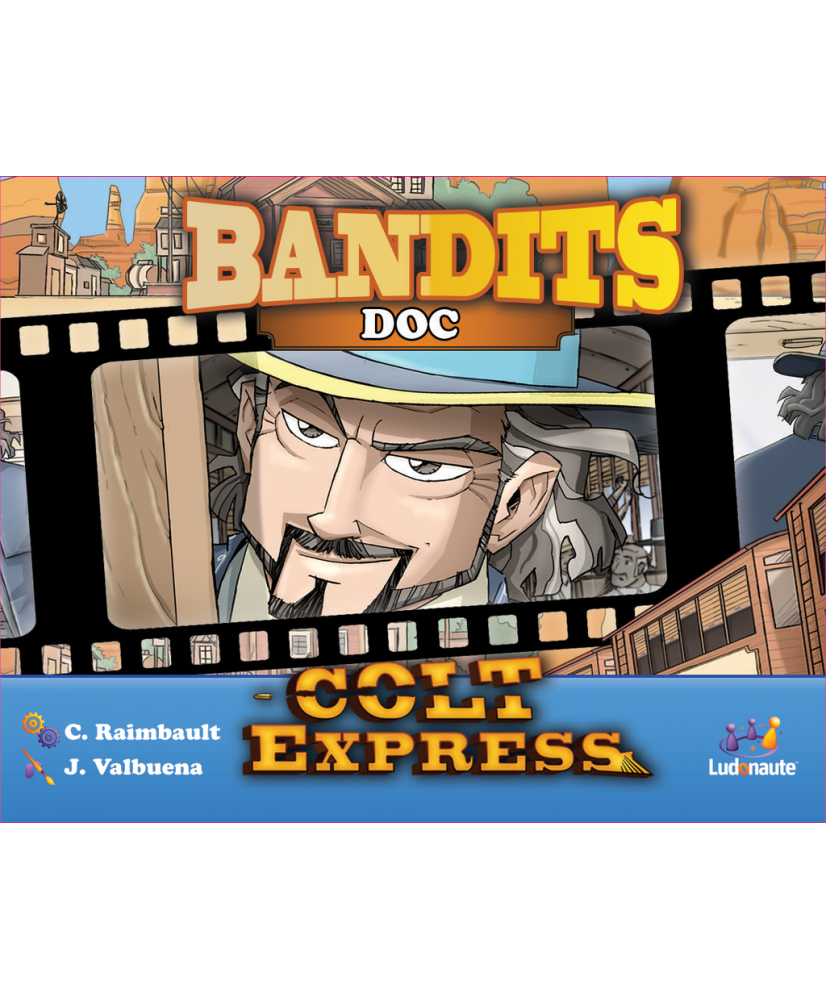 Each one of the six Colt Express: Bandits expansions allows the players to compete against the game itself, which is operating under the rules of that particular expansion. A new story is told each time as every expansion creates a specific goal and new actions for the bandit played by the game. That bandit may win, and if that happens, all the players lose. Thus you need to work together against this "bot", while keeping in mind that in the end, there is only one winner — the richest bandit, of course. In the Doc expansion, players compete to gain the respect of Doc, but not in a friendly way. When a bandit shoots or punches Doc, they take Doc's respect card. The bandit who has this card makes all decisions in Doc's place. Doc fires with special bullets, with each of them triggering a different effect during the current round. Doc has another specific action: the poker game. When this action card is played, all the bandits must participate and hand over one of their loot. The player with Doc's respect distributes two loot to Doc and one loot to each other Bandit except one. Doc wins the game if he is the richest bandit.
Ludonaute
Extensie