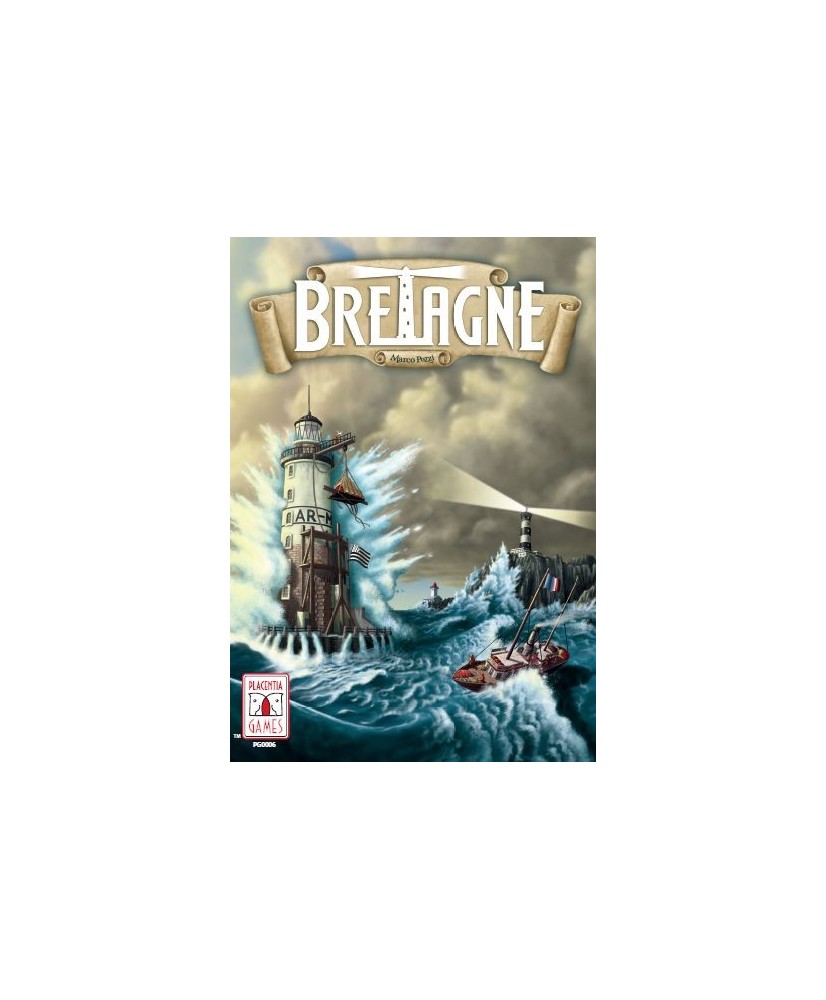 Bretagne is a worker placement game in which players must build lighthouses on the coast of Bretagne in the 19th century. On each turn, players take actions, such as using resources to build; trading resources, cards or money; or hiring workers or engineers. Players can choose to score points immediately when they build or decide not to do it and to participate in the final evaluation of the lighthouse. If they score immediately, they have guaranteed themselves some points; if they wait, they could reach higher scores or send workers to harbors to earn extra bonuses for the remaining rounds.
Placentia Games
Joc de baza