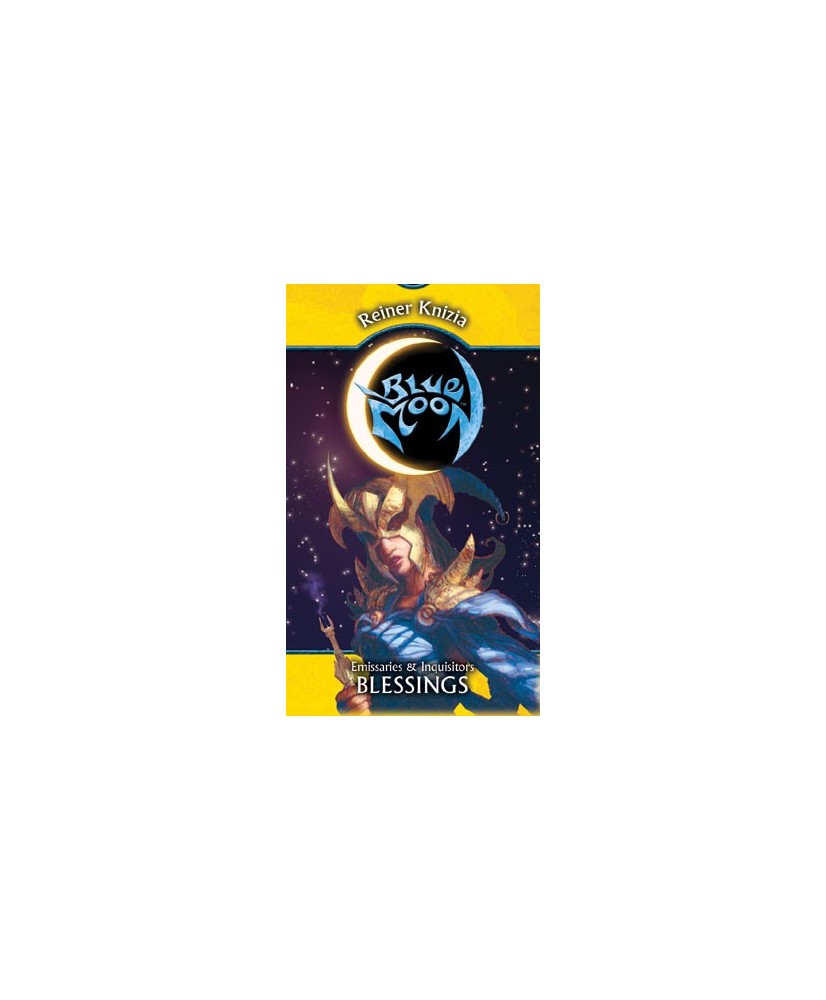 This expansion to Reiner Knizia's Blue Moon adds 30 new cards. Rather than being a standalone deck, Blue Moon: Emissaries & Inquisitors - Blessings augments the other decks by adding cards to all the other available decks. Interference cards allow players to react out of turn to their opponent's plays. The powerful Hyla influence the game as a whole. The Tutu add strength, but at a price. Crystal cards affect the final score at the end of the game. The Emissaries can be added to other decks as-sold to include these new cards to the mix. Inquisitors change the deck building limitations for players interested in constructing decks.
Fantasy Flight Games
Extensie