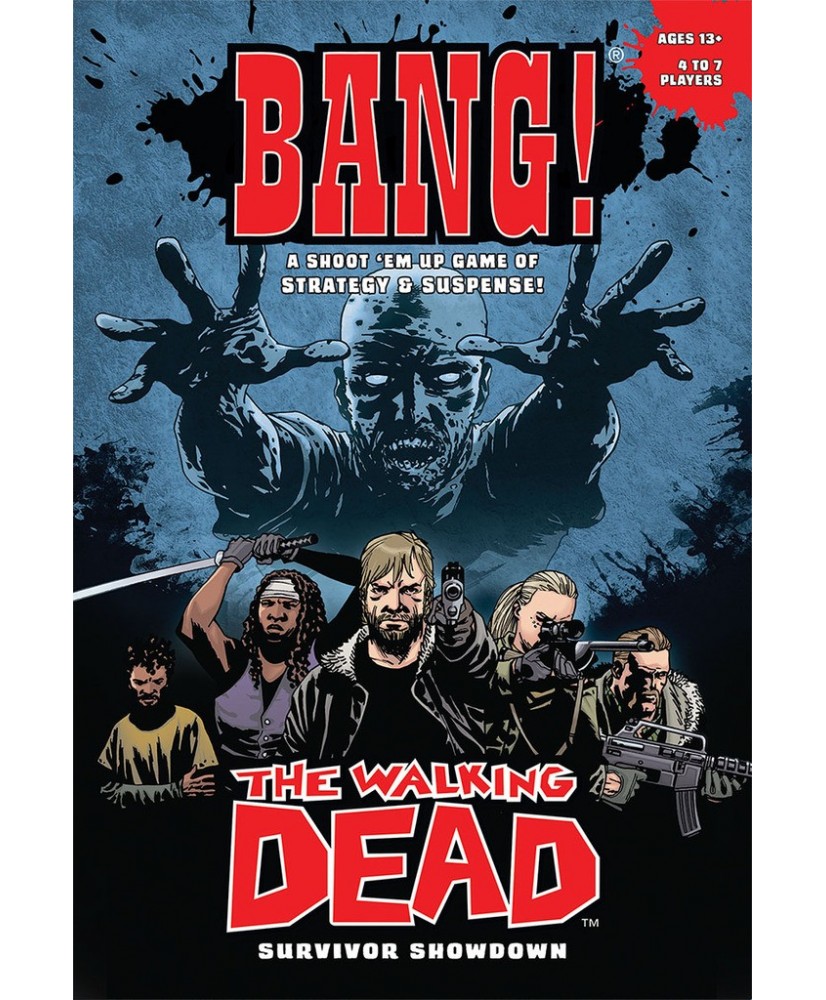 BANG!: The Walking Dead is a shoot 'em up card game based on BANG! in which factions from The Walking Dead face off in a battle to survive. Each player becomes a famous Walking Dead character while taking on the roles of Leader, Savior, Survivor, or Loner. The Leader of the survivors is revealed to all and attempts to protect everyone while staying alive. Saviors, who hide their identities, aim to kill the Leader of the survivors. Survivors, who also go incognito, aid the Leader in staying alive. The Loner, who is of course working alone, tries to defeat everyone else while accomplishing his own objective. BANG!: The Walking Dead is interchangeable with the original BANG! game and plays much the same way. Players try to determine who is on which teams, then use their cards in hand to attack others and heal themselves, ideally ending up with their team on top.
USAopoly
Jocul de baza