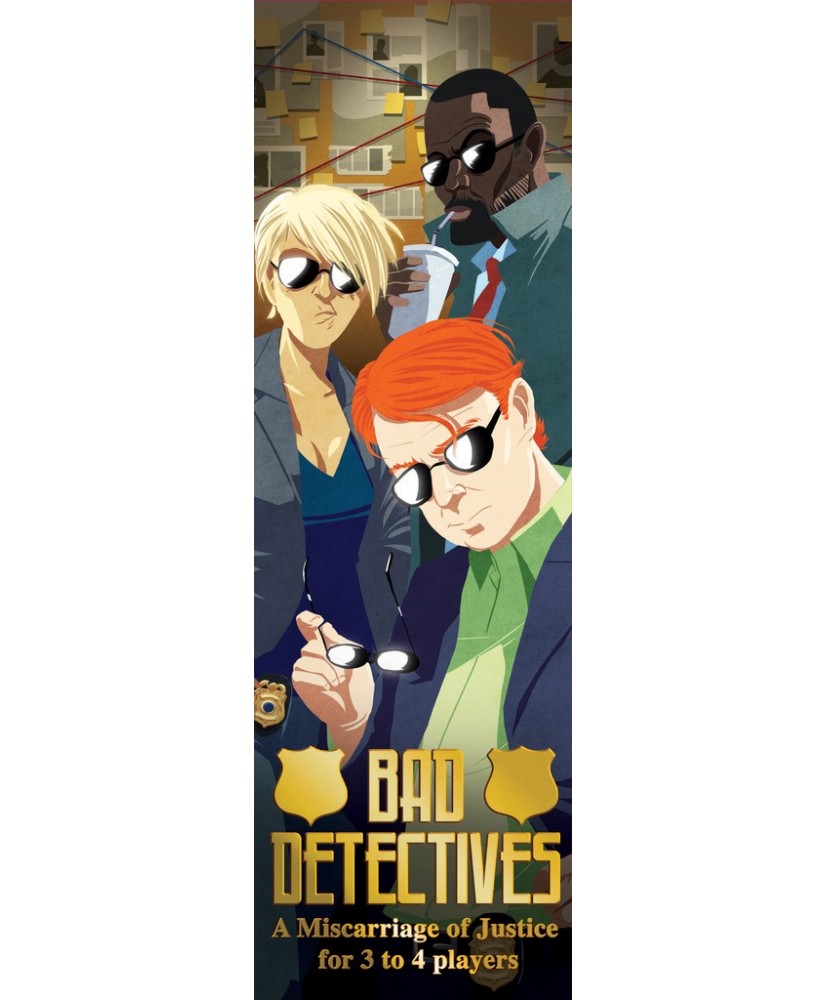 This is it – you've finally been called up to the big leagues. There's one open position in the homicide unit and the competition for the job is fierce. The police chief is going to give all of you, the aspiring beat cops, a couple of murder investigations to see who has what it takes to become a real detective. Spoiler alert: All of you absolutely do not have what it takes. But that doesn't mean you aren't going to give it your best. You've watched, like, a whole marathon of police TV shows last weekend and you think you've got the formula for justice all figured out. And if there's one thing you've learned about the criminal justice system, it's this: It doesn't matter if you're right or wrong, it just matters how good you can look in front of your boss. Bad Detectives is a tile-based card game for 3-4 players, which takes approximately 45-60 minutes to play. Players take turns adding information to a network of Polaroid photos and strings, creating a map of the murder investigation. The players will use these strings to connect a Suspect, Weapon, and Crime Scene to the Victim. Once completed, the case is ready to go to trial. However, solving the murder investigation is simply a means to an end. The true objective of the game is to be the detective with the most Evidence Points when the central case goes to trial. When a player adds a new card to the investigation, Evidence Points are put into play on the card as it is placed. However, these are only counted towards a player's final score if those cards are used to directly link the Victim to the most relevant Leads. To succeed, players will need to undermine the credibility of their colleagues, take creative shortcuts to justice, and put their contributions to the case in the places that matter most.
Horrible Games
Jocul de baza