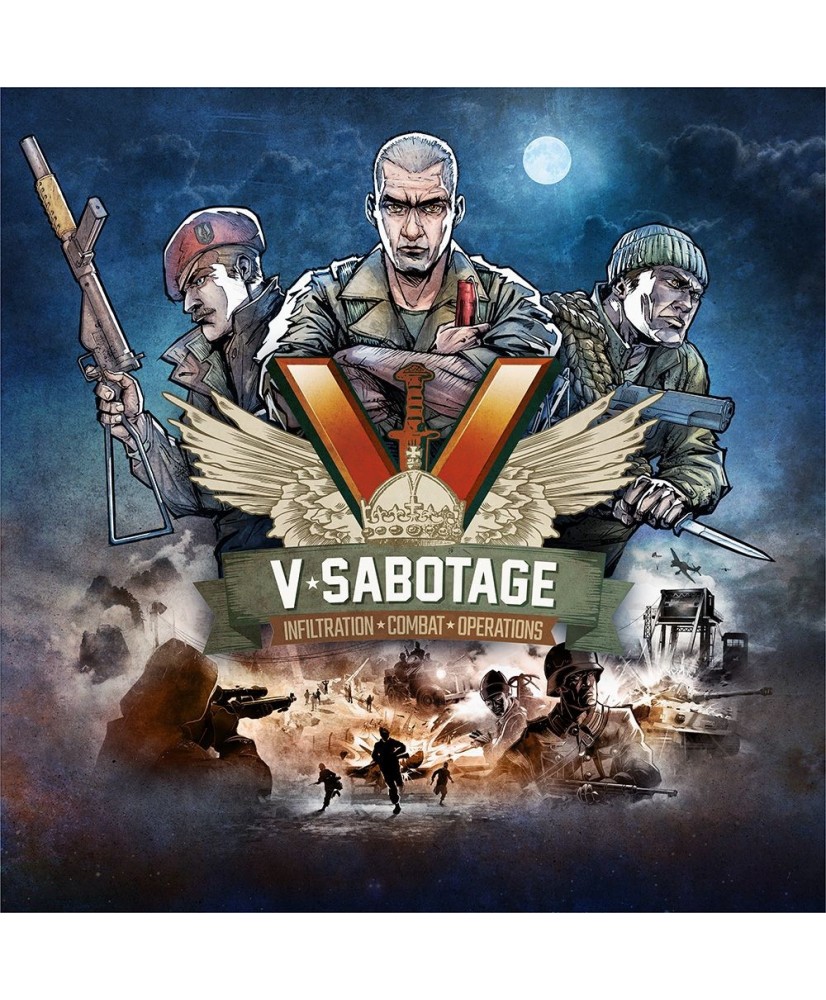 V-Sabotage (Kickstarter Newcomers Deluxe All In)

In stoc
Includes: V-Commandos Ghost expansion FREE! V-Commandos core box V-Commandos Resistance expansion V-Commandos Secret Weapons expansion V-Commandos Miniatures Pack V-Commandos Expansions Miniatures Pack All the Daily Gifts and Stretch Goals Formerly titled, "V-Commandos", now renamed, "V-Sabotage". Victory depends on you! V-Commandos is a WW2 commandos co-operative board game. Players can either select a pre-generated mission or create their own by combining objective cards, then they assemble a team from famous Allied corps: U.S. Raiders, British SAS., Devil’s Brigade, SOE, etc. During play, you hide in darkness, wear enemy uniforms, and sneak up on your targets. Get spotted? Open fire with emblematic allied weapons and try to turn the enemy's weapons against them! If you can, get back to cover and turn off the alarms as the enemy has more available troops than you. Thus, you need to focus on completing the mission, then leaving the area as quickly as you can.
Triton Noir
Joc de baza