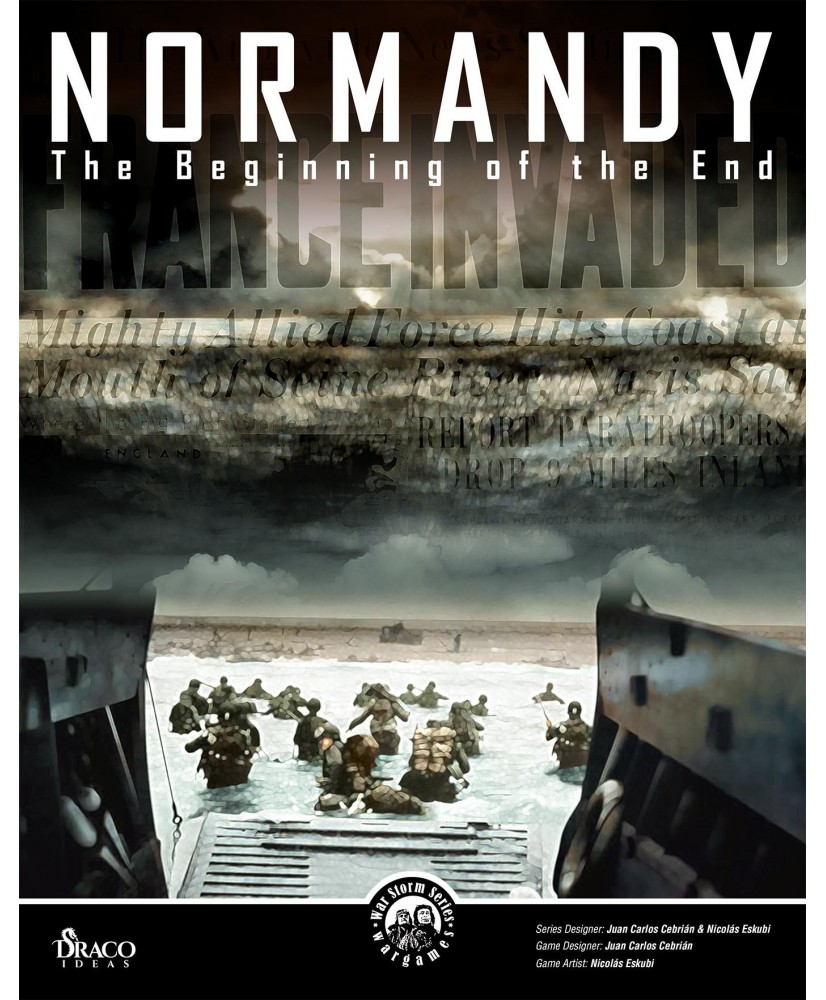 Normandy: The Beginning of the End


Nu este momentan in stoc
Normandy: The Beginning of the End is a standalone game in the War Storms series. Recreates the events of those days and allows the players to reproduce the most famous battles of the D-Day on the American beaches at a tactical level. Players take command of either the Allied or Axis forces (or can play solitaire) in the tactical battles of each scenario. Normandy: The Beginning of the End, while utilizing "Paths to Hell" standard rules, incorporates new and adapted rules and additions for this new front. The WSS promises many hours of fierce fighting between the infantry, tanks, artillery and aircraft belonging to the armies enveloped in this conflict. Just a few of the additions include: Landings Battalion officers Paratroopers rules Recon rules Amphibious Tanks Waffen SS Fallschirmjäger Free French troops One A4 chart with many overlays including a whole beach making a large map. Normandy: The Beginning of the End has a moderate complexity with good solitaire suitability. The system emphasizes the role of officers. Officers can activate units, coordinate with other officers and their units, call for artillery support, air support, smoke screens, influence moral checks, coordinate assaults, and much more. Rules for special actions. Based on the principle of simultaneous execution, or simply "WE GO", a hybrid system of turns and "real time". The players must activate unit officers to perform many actions (fire, assault, move, coordinate, etc). A turn ends when both players have completed all their activations. The scale is platoon level with units. Representing groups of between 30 and 40 soldiers, weapons units represents groups of 3-4 weapons and their accompanying crews (20-25 soldiers), and the AFvs-Transports representing groups of 3 to 5 vehicles and their corresponding crews. Scenarios are divided into turns representing about 12-15 minutes of action. Turns are divided into the following phases: Command Phase, Initiative Phase, Activation Phase and Marker Removal Phase The game uses isomorphic mapboards, each of which are aligned to any edge of equal length on any other mopboard. This allows for an almost unlimited number of combinations to create any terrain situation, including player designed scenarios. Each map hex represents a distance of approximately 150 to 200 metres. The following components are included in this game: • 2 3/4” countersheets with German/American and Free French vehicles (AFV and transports) and weapon units (Mortars, MG, AT, AA guns, infantry guns, artillery,…). • 2 5/8” countersheets with German/American and Free French troops and officers. • 1 5/8” countersheet with common markers. • 4 Isomorphic mapboards. • 8 Overlays. • 3 Charts & Tables cards. • 2 Battalion Battle Stress Charts • 17 scenarios. • 1 Standard rulebook. • 1 Exclusive rules booklet. • 2 Six-sided dice.
Draco Ideas
Joc de baza