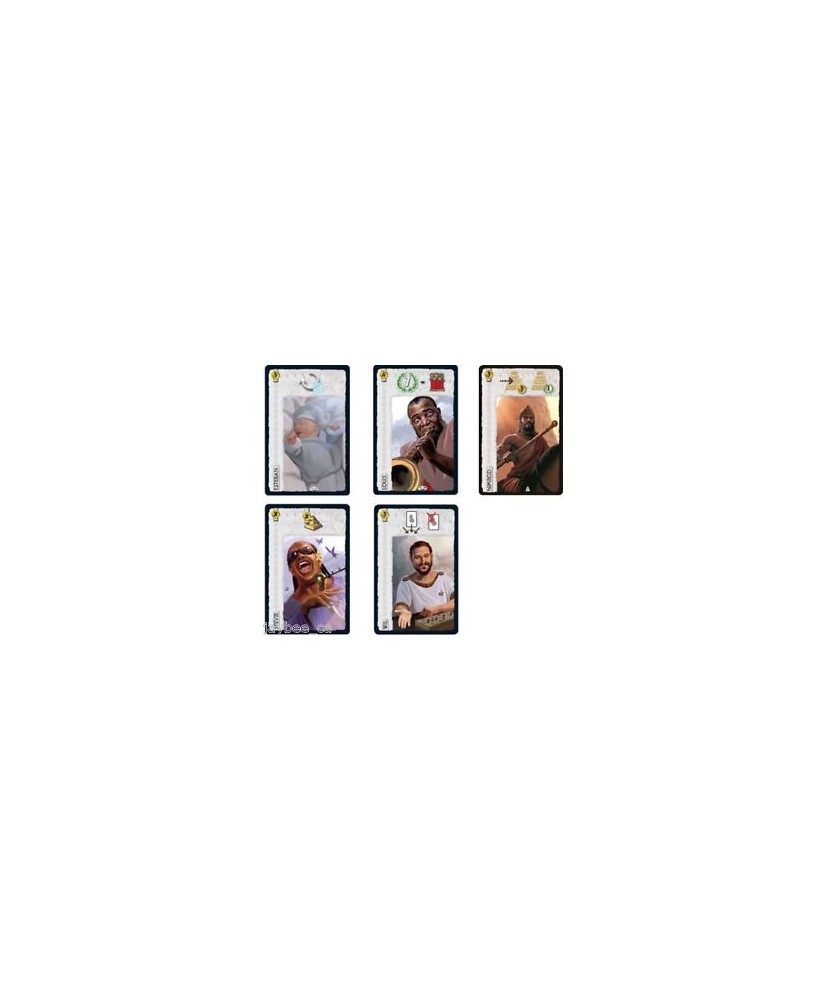 
Nu este momentan in stoc
Stevie Wonder: is an additional leader for the 7 Wonders expansion LEADERS. With his help, you can build a stage of your Wonder of the World; instead of paying the required number of resources, you pay the corresponding number of coins and slide Stevie under the appropriate stage face up. The Card is only playable with 7 Wonders: Leaders Expansion for 7 Wonders Louis Armstrong: is an additional leader for 7 Wonders: Leaders. He gives 7 victory points at the end minus number of military victory tokens you have won. The Card is only playable with 7 Wonders: Leaders, but may also be integrated along with the leaders of 7 Wonders: Cities Will Wheaton: A promo card for the International TableTop Day taking place on April 5, 2014, featuring Wil Wheaton. Rules: Each opponent discards a Leader, face down. The player with Wil’s card takes all the discarded Leaders, chooses one and puts him into play for free. The remaining Leaders are discarded. Each opponent draws a new Leader to replace the discarded one. Nimrod: It needs both the 7 Wonders: Leaders and 7 Wonders: Babel expansions — as well as the 7 Wonders base game — in order to be used. Nimrod allows a player to earn money and bonus victory points when adding sections to the Babel wonder. Esteban: A promotional card given out at Gateway 2012 (Strategicon Conventions) by Antoine Bauza. Esteban is Antoine's baby son. The effect allows the player to use Esteban's ability once per game to force all players to pick a card from the same hand again and play it as normal.
Repos Production
Extensie