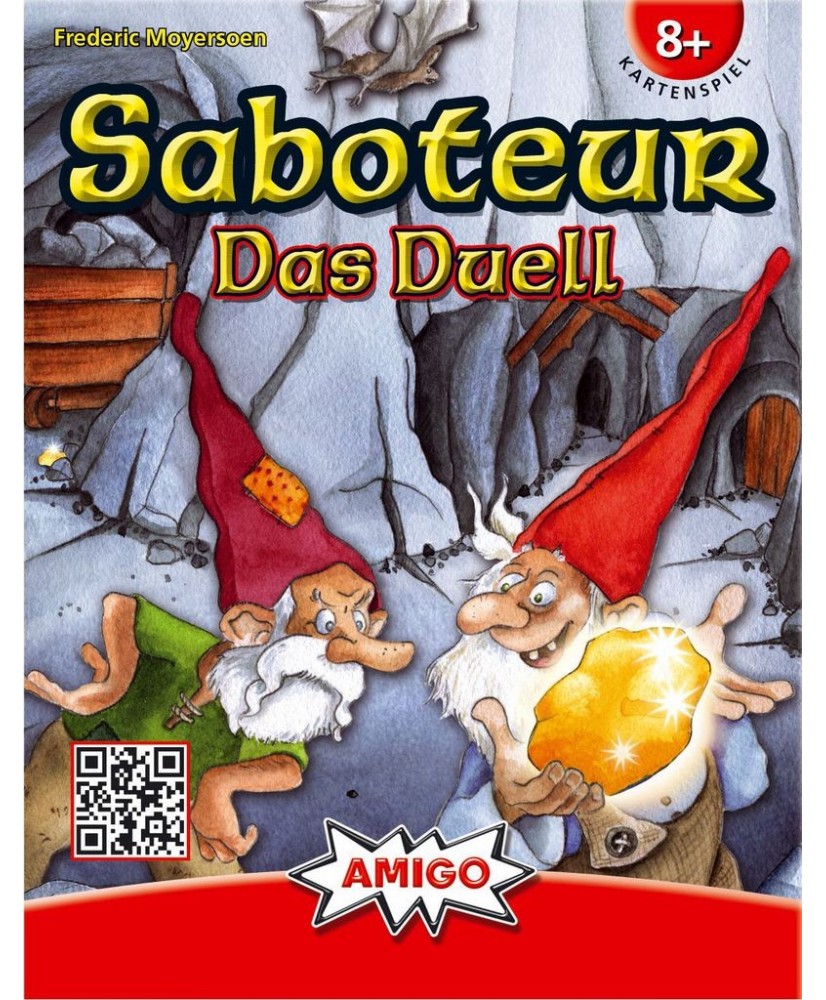 La joc este oferit si regulamentul in engleza. Saboteur: The Duel is a standalone version of the famous card game Saboteur for one and two players. When playing alone, you want to collect as much gold as possible by digging new tunnels in the mine; when playing with an opponent, you'll just want to collect more than that player, but naturally your opponent will try to block your progression by all means. In this card game, you play path or action cards. The path cards form a maze in the direction of the six goal cards, which contain a variable number of gold stones. The action cards are used to hinder your opponent or to help you to repair broken equipment. A greedy troll also lurks in the mine, and you will have to pay him to progress and he doesn't give back any change!
999 Games
Jocul de baza