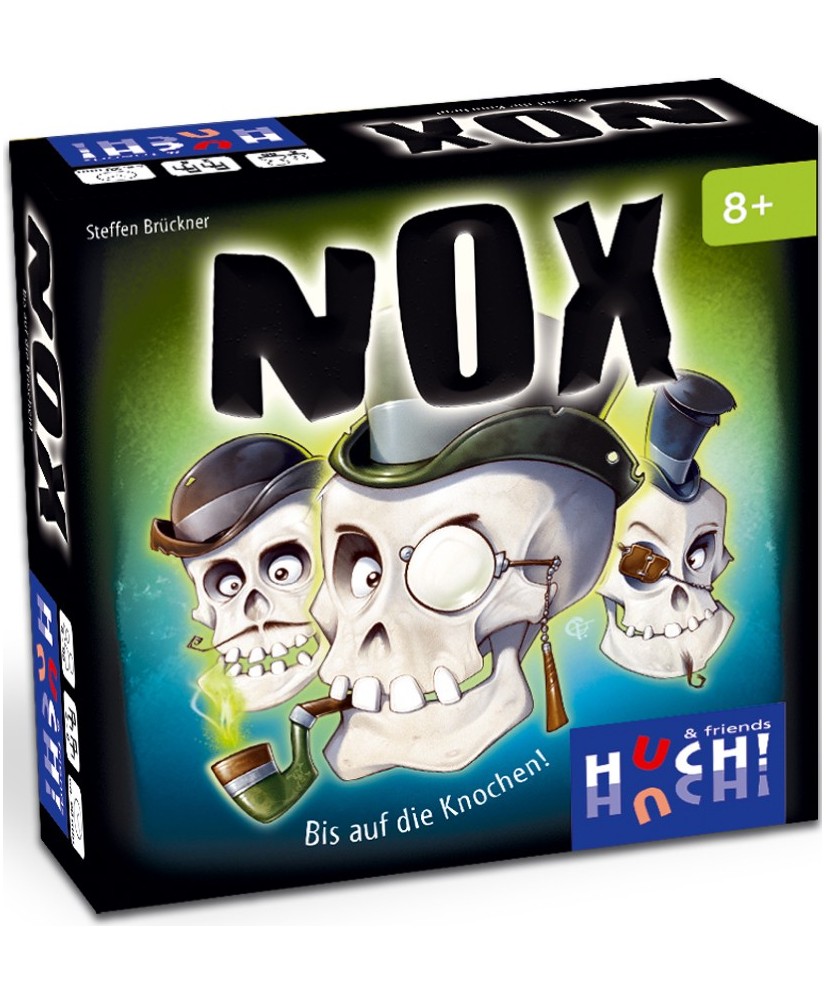 The card game Nox features ninety cards, thirty each in orange, green and blue. Each player starts each round of play with three cards in hand. On a turn, a player either: Plays one card in front of herself or another player to expand that player's kitty, or Plays that card on top of a matching-colored card in any player's kitty. Any time that a player has two stacks topped with a card of the same number, those stacks are merged into a single stack. After playing, the player draws one card from the deck. As soon as one player has six separate stacks in front of herself or all players have no cards left in hand, the round ends. Any player without stacks topped by cards of all three colors scores zero points for the round; all other players sum the numbers shown on the uppermost card of each stack they have. Rounds continue until at least one player has scored at least 150 points. In this case, the game ends and the player with the most points wins. For a harsh variant, players can decide that only the player with the most points each round scores, while everyone else receives zero points. In this variant, the game ends once a player reaches 100 points.
HUCH! & friends
Joc de baza