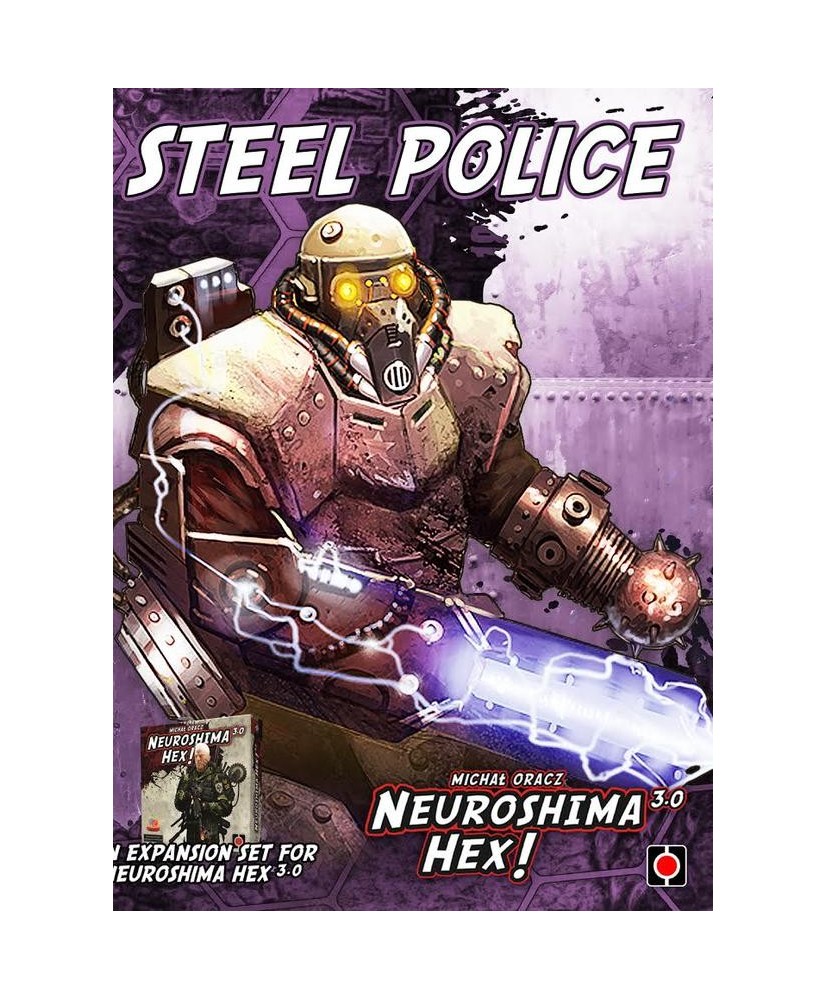 The Steel Police is a wandering brigade of law and order fanatics, clad in pre-war, experimental power armor. Chemicals applied by the armor and cybernetic enhancements increase the organism’s abilities at the expense of the psyche – Steel Police officers will automatically respond to anything the program identifies as threat or crime. They appear out of nowhere and pacify the area amid the roar of explosions and gunfire. Unblemished lawfulness worthy of the automatic machine quickly makes the people of redeemed lands yearn for the old chaos and anarchy. The Steel Police – one of the symbols of Neuroshima world – now enters the universe of Neuroshima Hex... Neuroshima Hex! Steel Police is the first army pack, part of a series of mini game expansions containing one Neuroshima Hex army. The army's author in none other than the game's author – Michał Oracz. The Steel Police army pack introduces a new ability in a Neuroshima Hex line. It is called Reflection. Reflection protects the army unit from all attacks directed at its side marked with Reflection icon. Such attack is reflected in the opposite direction for a distance of one field and hits an enemy tile (Unit, HQ or Module) if it stands on an adjacent field on the line of attack. Reflected attack doesn't harm Steel Police tiles.
Portal Games
Extensie