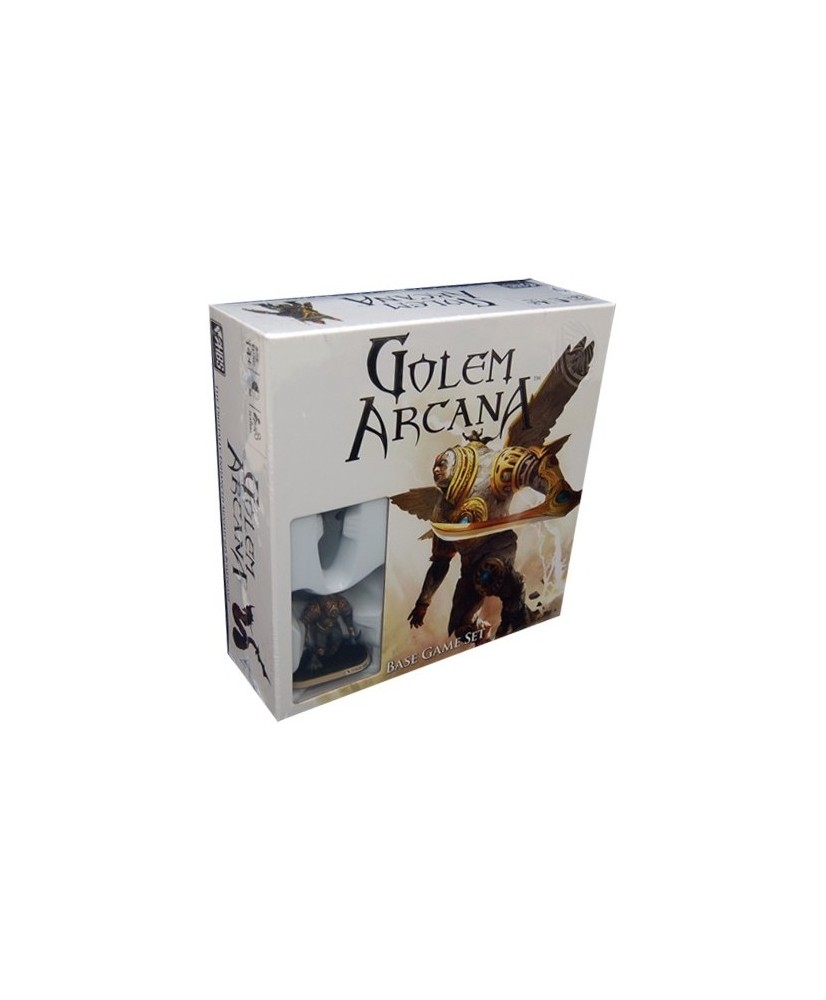 Golem Arcana is a digitally enhanced miniatures board game focused on armies of magical Golems, the Knights who master them, and the Ancient Ones they call upon for supernatural support. Though the Golem Arcana game mechanics are deep and sophisticated, the game moves quickly and remains accessible to a wide audience due to the TDI stylus and mobile app managing all of the mechanics and record keeping. Players create armies including Golems, Knights, Ancient Ones, and Relics, seeking a combination of attributes and abilities to suit their individual play styles or tactical preferences. While the Golems and Relics are represented by physical game pieces and cards, the Golem Knights, Blood Knights, and Ancient Ones are digital units supplied through the app. The Golems are your basic units, the body of the army itself. Relics are special equipment and constructs that can be carried into battle to help change the tide of war. A Golem Knight or Blood Knight is assigned to a specific Golem to customize its attributes or abilities through passive or active Knight abilities. Ancient Ones are assigned to the army as a whole, and provide powerful Blessings, Curses, and Miracles when the player “sacrifices” mana. Players stage their selected armies on the game map formed by the terrain tiles, and engage in one of a number of possible scenarios, including Last Man Standing, King of the Hill, and Victory Points/Missions. Using a turn-based Action Point system, players maneuver their Golems, call down blessings and curses, and assault the enemy until one player emerges victorious! The Base Game Set includes six modular, double-sided terrain tiles to form the board, six fully painted and assembled Golem figures (40mm+ tall) with corresponding Golem cards, a TDI stylus, two 10-sided dice, two Control Cards, and a Quickstart Rules and Lore book. The Golem Arcana app, which is a free download, is pre-loaded with a starting set of digital units including several Ancient Ones, Blood Knights, and Golem Knights. Additional Knights and Ancient Ones will be available for purchase to further expand and customize the player's army options. In addition to the Base Game Set and Golem Arcana app, there are several expansions which will enhance a player’s strategy by introducing new golems for more varied army building, as well as allowing new tactical and performance options through Relic cards, game tokens, and additional terrain tiles.