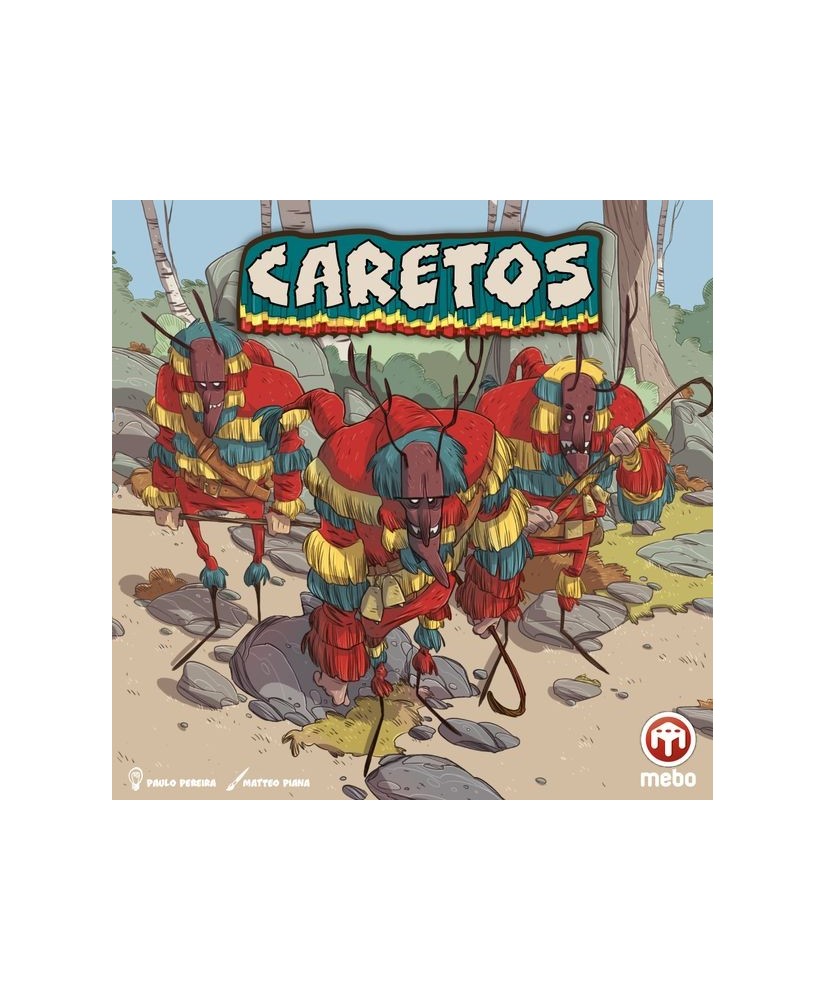 Ultimele produse in stoc
In the far north of Portugal in an imaginary triangle between the Gerês, Marão, and Montesinho Mountains, there is a rough granite landscape of wilderness and solitude. This region is known for its large number of sightings of supernatural creatures, such as witches, werewolves, and the devilish Caretos. In Caretos, a game for 2-4 players, you control a team of two Portuguese monsters that roam the region at night, hunting villagers. Your goal is to scare and capture more villagers than any of your opponents. Villagers are grouped in villages and chapels around the map. On a player's turn, they activate one of their monsters, moving it to scare and disperse groups of villagers or capture isolated villagers. The activation of a monster depends on the «energies of the night»; according to the energy used, the monster can move or do special abilities. The player can also activate neutral creatures: the Caretos (a gang of jokers, possessed villagers), who can block and even capture other players.
Mebo
Joc de baza