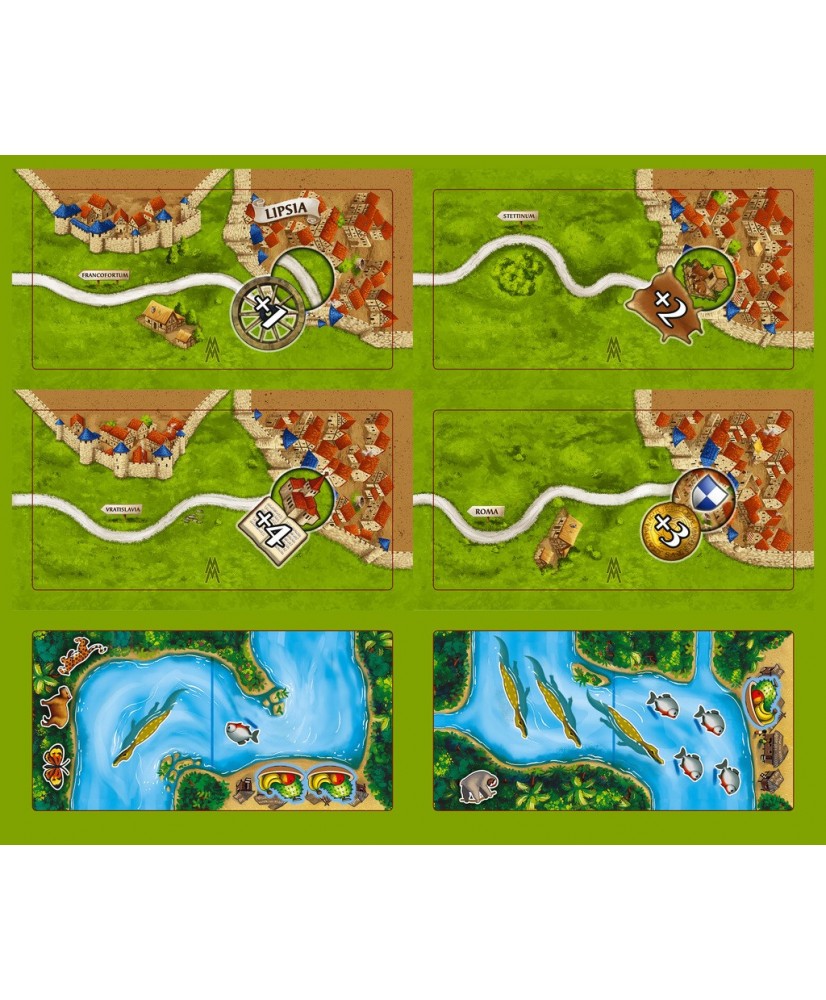 Carcassonne: The Markets of Leipzig

Carcassonne: Die Märkte zu Leipzig (German for "The markets of Leipzig"), is a small expansion for Carcassonne. It contains four double-landscape tiles depicting marketplaces. It is only available in the "Carcassonne II" design. The expansion was first released as a limited edition of total 600 examples: the 1st 300 examples at the "modell hobby spiel" in Leipzig from the 29th of September to the 1st of October 2017, and the 2nd 300 examples at the Spiel'17 in Essen from 26th to 29th of October 2017. This limited version was signed by Klaus-Jürgen Wrede and the CEO of Leipzig's trade fair center (Messe Leipzig) and contain 13 Followers/Meeples. A more general version is also available. Rules of the expansion affect the many small farmhouses shown on tiles of all "Carcassonne II" expansions. It also contains two double-landscape tiles for Carcassonne: Amazonas. Part of the Carcassonne series.
Hans im Gluck
Mini Extensie