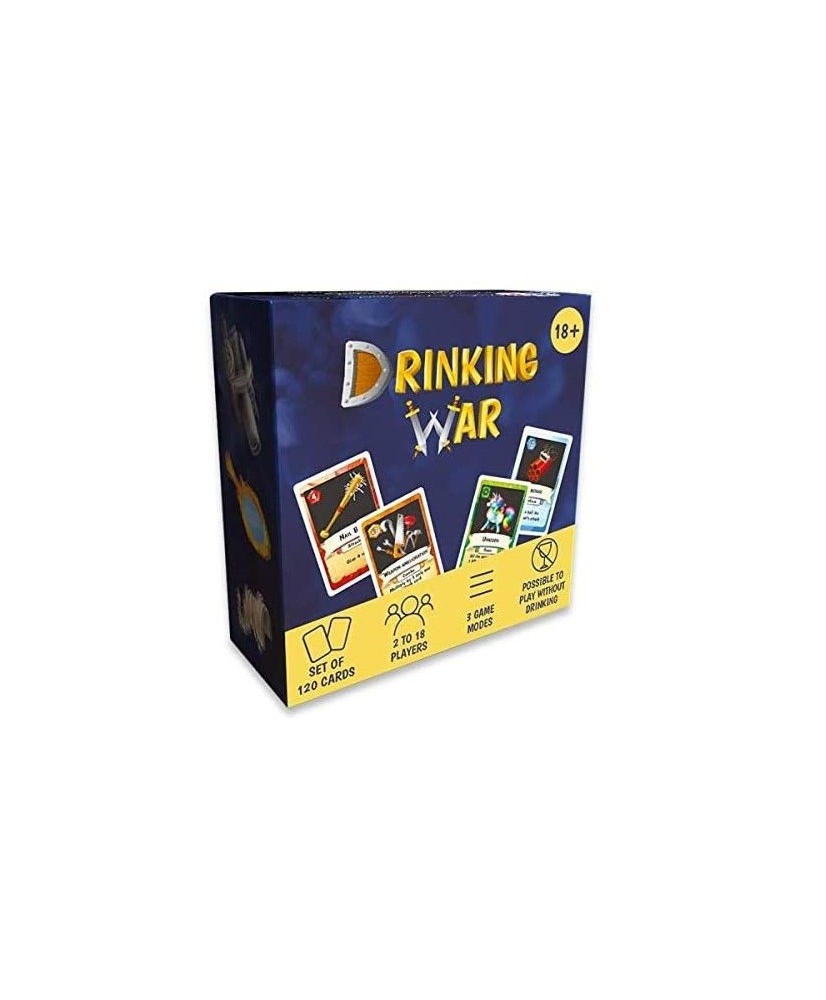 Ultimele produse in stoc
Aim of the game Every player has health points(HP), the goal is to remove the HP of your opponents. You must use cards to give sips to your opponents. When you are attacked, you can choose between drinking or losing a HP. The Great Return In Ancient Rome, the taverns appearance changed the way of life of social classes, following a game called DRINKING WAR, which quickly became popular. Farmers, Knights, nobles, everyone played it to settle their accounts with the help of this strategic drinking game! However, the craze of this game revealed a previously unknown disease "the Hangover" in the year 17 AD. A year later, an exceptional Summit held by the YouDrankAll Emperor banned the game for 2000 years by isolating the rules in the depths of the Vatican cellar. Today, it returns after an eternal expectation to revolutionize our parties!
Joc de baza