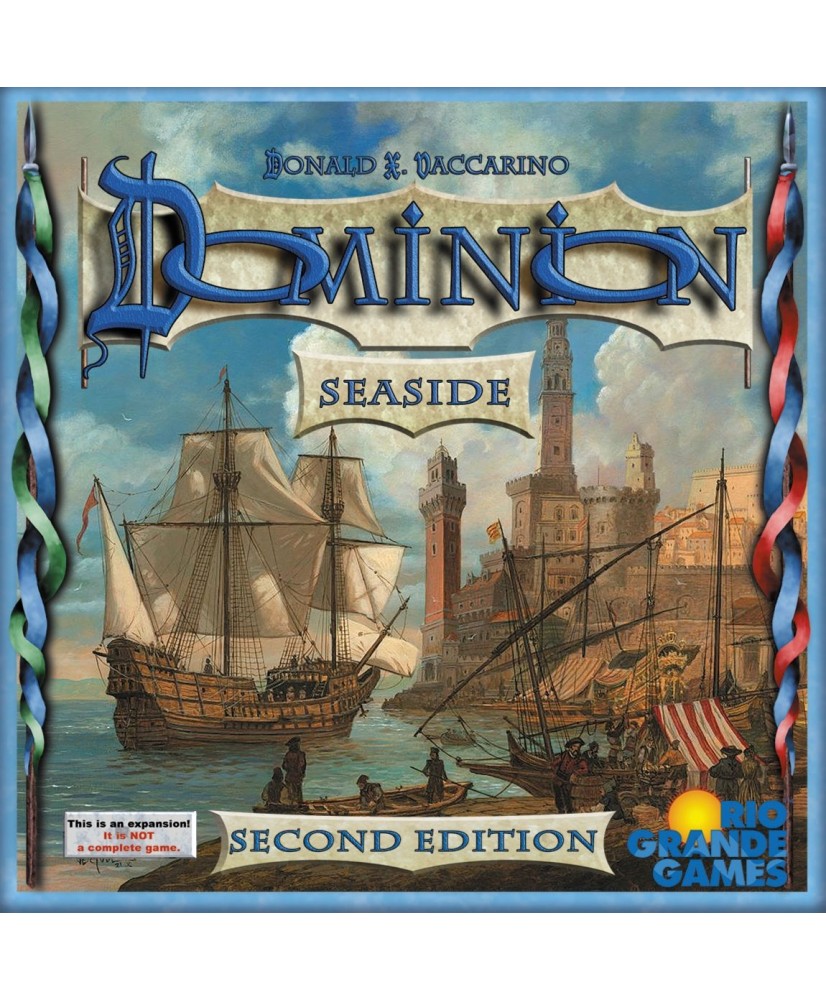 Dominion: Seaside is an expansion to both Dominion and Dominion: Intrigue. As such, it does not contain material for a complete game.

From the back of the box: "All you ask is a tall ship and a star to steer her by. And someone who knows how to steer ships using stars. You finally got some of those rivers you'd wanted, and they led to the sea. These are dangerous, pirate-infested waters, and you cautiously send rat-infested ships across them, to establish lucrative trade at far-off merchant-infested ports. First, you will take over some islands, as a foothold. The natives seem friendly enough, crying their peace cries, and giving you spears and poison darts before you are even close enough to accept them properly. When you finally reach those ports you will conquer them, and from there you will look for more rivers.

One day, all the rivers will be yours."

Dominion: Seaside (Second Edition) contains nine new types of Kingdom cards, which will be released on their own as an update pack for those who own the first edition of this expansion. A few cards will receive minor errata, but these will not appear in the update pack.