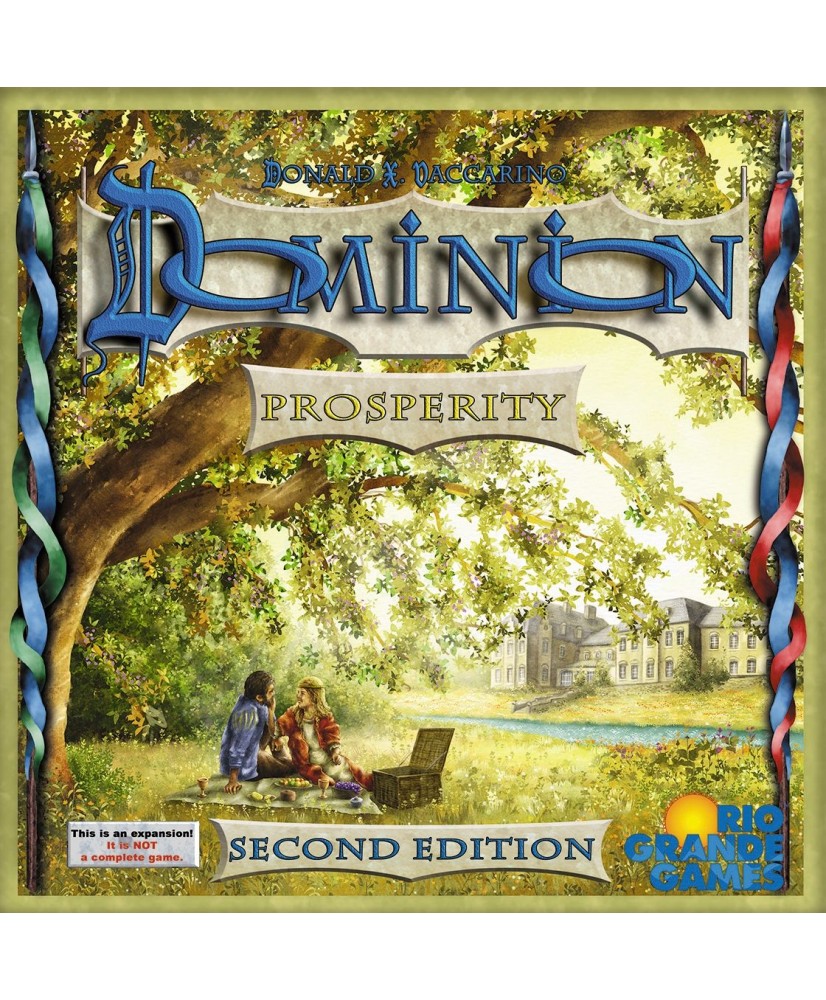 "Ah, money. There's nothing like the sound of coins clinking in your hands. You vastly prefer it to the sound of coins clinking in someone else's hands, or the sound of coins just sitting there in a pile that no-one can quite reach without getting up. Getting up, that's all behind you now. Life has been good to you. Just ten years ago, you were tilling your own fields in a simple straw hat. Today, your kingdom stretches from sea to sea, and your straw hat is the largest the world has ever known. You also have the world's smallest dog, and a life-sized statue of yourself made out of baklava. Sure, money can't buy happiness, but it can buy envy, anger, and also this kind of blank feeling. You still have problems - troublesome neighbours that must be conquered.
But this time, you'll conquer them in style."

—description from the back of the box

Part of the Dominion series.

Dominion: Prosperity (Second Edition) contains nine new types of Kingdom cards, which will be released on their own as an update pack for those who own the first edition of this expansion. A few cards will receive minor errata, but these will not appear in the update pack.

—description from the publisher