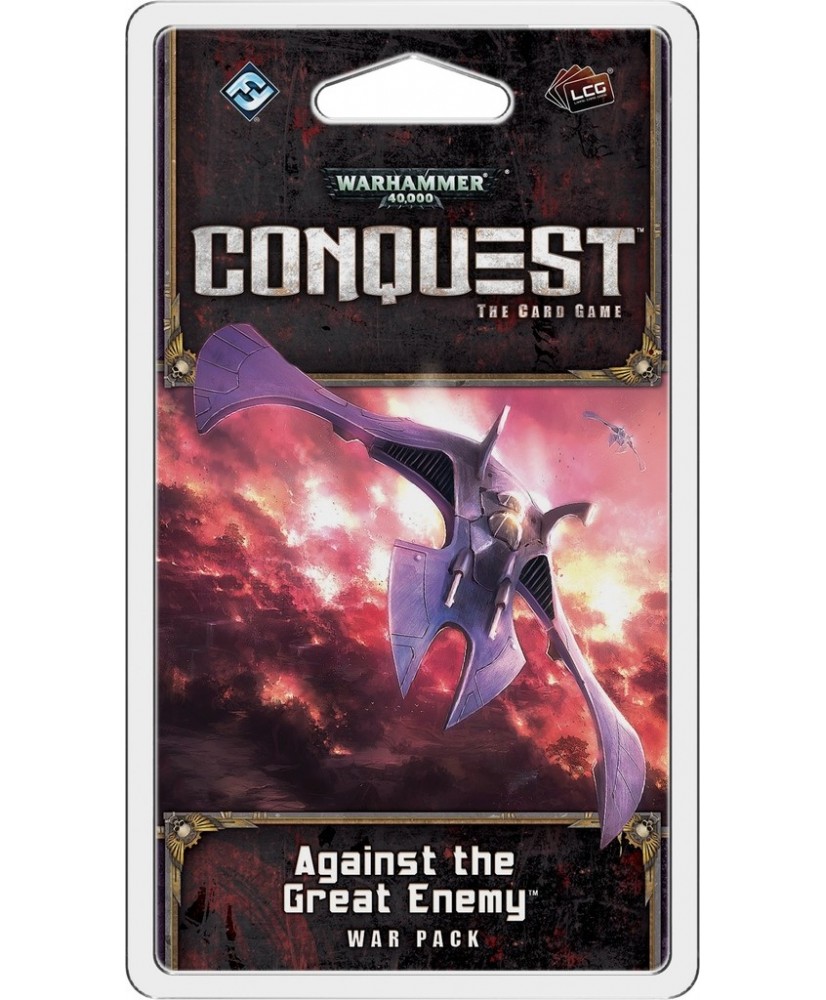 Warhammer 40,000: Conquest – Against the Great Enemy

“I bring only death and leave only corpses.” –Jain Zar, Phoenix Lord of the Howling Banshees Against the Great Enemy is the fifth War Pack in the Death World cycle for Warhammer 40,000: Conquest. As a rain of blood pours down on Nectavus VI, the forces of Chaos run rampant, eager to devour this verdant, deadly world. Noisome daemons and foul Warp-things alike are opposed by the might of the Imperium—powerful Space Marines and legions of the Astra Militarum—but unbeknownst to all who bleed and die on this tormented world, a new player has entered the scene. An Eldar Phoenix Lord has joined the fight, moving invisibly and bringing death without warning. Her only goal is to destroy those who have brought the abomination of Chaos into the material realm, and she will slay any who stand in her way. Against the Great Enemy is a new War Pack in the Death World cycle, and within this expansion, you’ll continue to find support for this cycle’s major themes. Additional Deep Strike cards enter the card pool, giving your units, attachments, and events new ways to arrive at the battlefield unseen by your foes. Elite units continue to become more effective and dangerous, even as a new Eldar warlord and her signature squad invite you to lead the Howling Banshees into the battle for Nectavus VI!
Fantasy Flight Games
Extensie