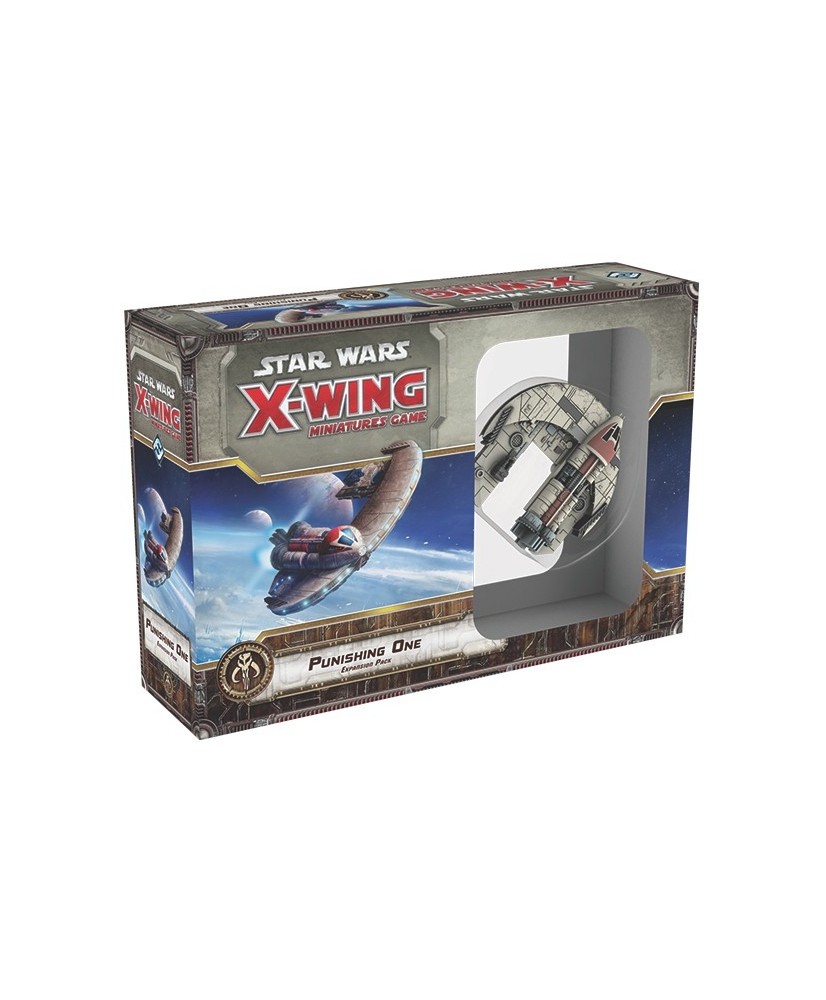 Despite his slovenly appearance, Dengar earned a reputation as one of the galaxy's most effective mercenaries, and his signature JumpMaster 5000, the Punishing One, was also much more than the lightly-armed, crescent-shaped scout ship it appeared to be. With its pre-painted, large-base JumpMaster 5000 miniature and its array of ship and upgrade cards, the Star Wars: X-Wing Miniatures Game – Punishing One brings both Dengar and his surprisingly powerful ship into play, along with a maneuver dial, all requisite tokens, and the ability to fire its turret in a 360-degree arc.
Fantasy Flight Games
Extensie