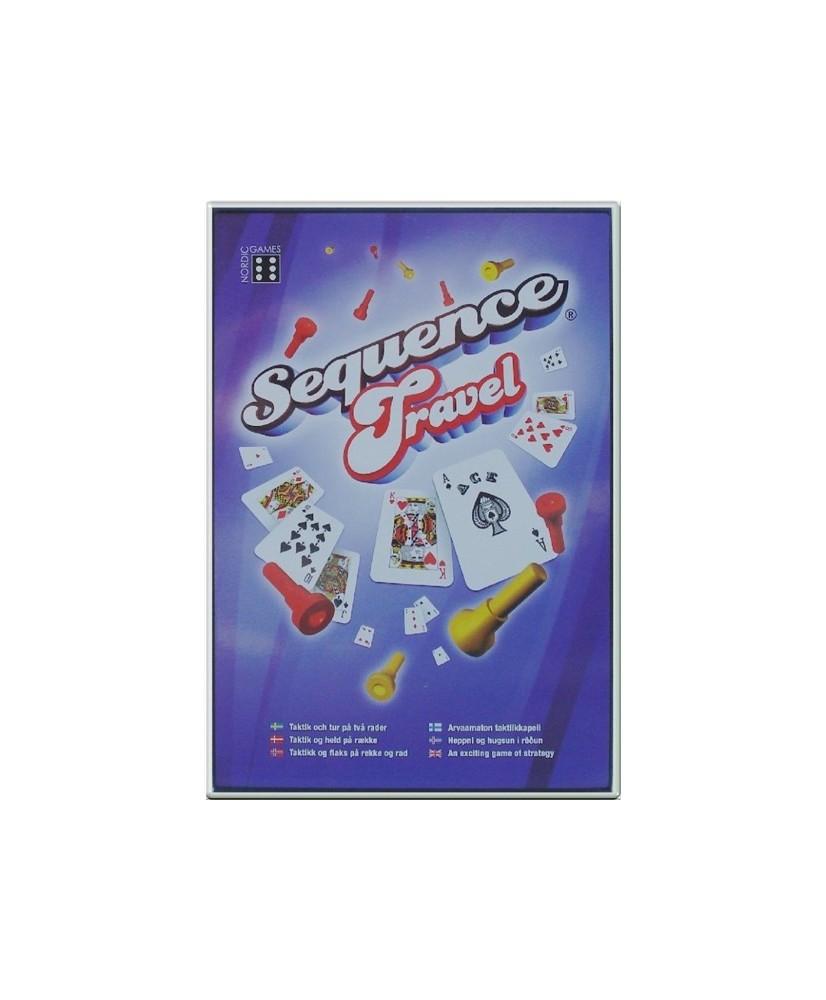 Travel Sequence is a trimmed down travel version of the original Sequence game. The rules are the same, but the game differs from the original version in several ways: * The board contains 6x8 card rows vs. 10x10 in the original * Uses a single deck of cards rather than 2 decks * For 2 players only instead of 2-4 players It comes in a small, plastic playing case that contains a deck of miniature playing cards (standard poker deck) and 2 colors of pegs that mark players' cards on the cardboard playing board, which is integrated with the lid of the case.
Nordic Games
Jocul de baza