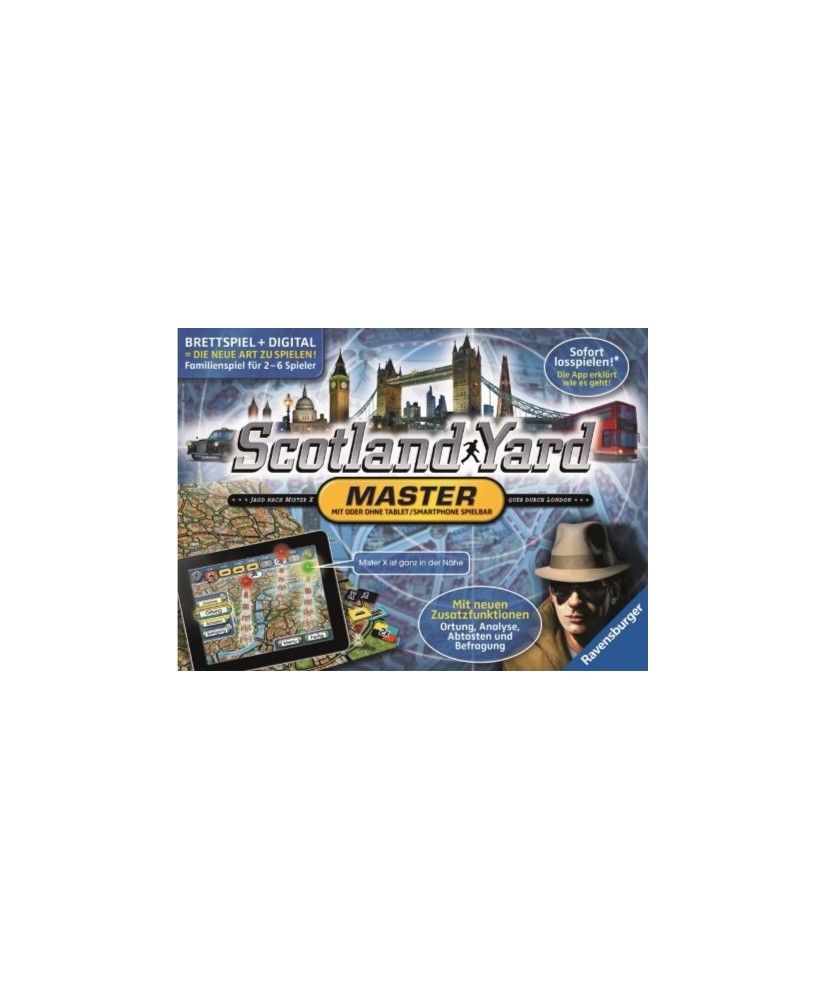 In Scotland Yard Master — a new version of the 1983 Spiel des Jahres-winning Scotland Yard — one of the players takes on the role of Mr. X. His job is to move from point to point around the map of London by taking taxis, buses or subways. The detectives – that is, the remaining players acting in concert – move around similarly in an effort to move into the same space as Mr. X and capture him. The tricky part is that while the criminal's mode of transportation is nearly always known, his exact location is known only intermittently throughout the game. Scotland Yard Master includes six additional game elements, four of which are part of a free app for iOS and Android that offers detectives limited tools to locate Mr. X. For example, the detectives can use radio towers to get a rough sense of where Mr. X is located, with the color of the radio waves hinting at whether he's close to each tower. The two-dimensional game board can also be converted to a 3D view, and the detectives can ask witnesses on the buildings whether they've recently seen Mr. X. The app also allows for pass-and-play, with Mr. X having a self-generated PIN so that the detectives can't accidentally discover his location. Scotland Yard Master also has new action options for Mr. X: "Helicopter" and "Sabotage".
Ravensburger
Jocul de baza