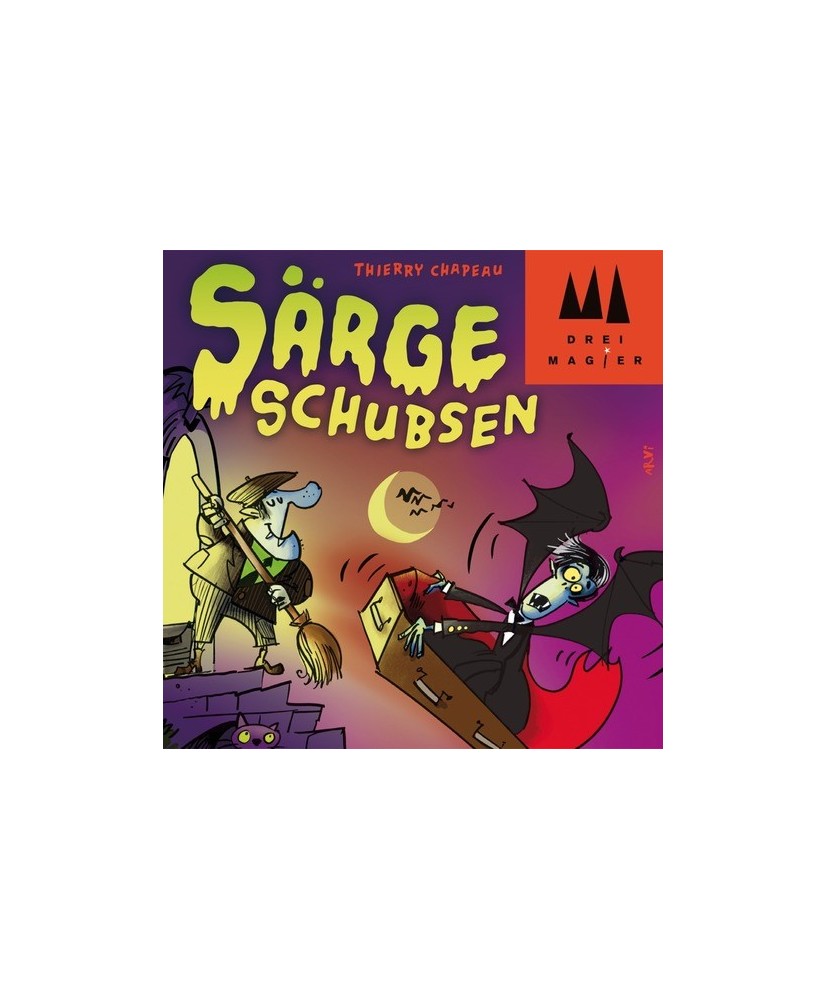 Players in Särge schubsen are trying to do just what the name suggests — shove their coffins away from them — but they can move a coffin only when the conditions are just right. To start, shuffle the coffin cards, then deal four face up to each player; each coffin card features a charming-looking vampire as well as a symbol (bat, moon, skull) on a yellow or purple circle. A garlic card is placed in the center of the table, and the remaining cards stacked to the side. On a player's turn, she rolls both the color die and symbol die. If the combination of dice matches a coffin card in front of you, slap the garlic card as quickly as you can; if you're the first to do so, you turn that coffin card face down; if that coffin card was already face down, show it to others, set it aside, then draw a new coffin card and place it face up with your other cards. If you slap the garlic first when someone else has a matching vampire, then you keep that player from advancing. If the exclamation mark shows up instead of a color, then what you do depends on the symbol: With the bat, you want to slap the garlic first to turn over or clear any one of your cards; with the moon, you can slap first to swap two cards held by other players; with the skull, you don't want to slap at all! Any time that you slap the garlic when you shouldn't, you must turn over one of your face down cards; if you have no face down cards, then you must add a new card to those you already have. Whoever first clears four coffins wins!
Drei Magier Spiele
Joc de baza