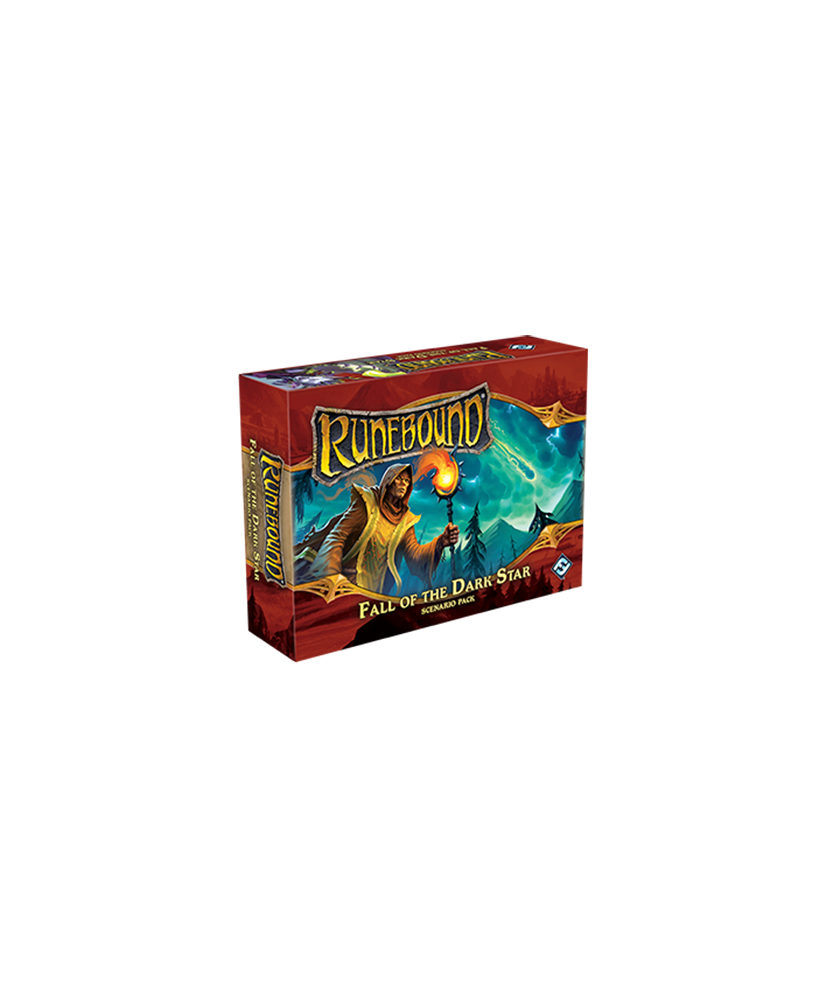 The coming of the dark star has long been foretold among the dark prophets of Terrinoth. When it falls, they say, an age of darkness will overtake the world, and its coming shall be heralded by a rain of dark shards that corrupt every stout and honorable soul. This dark and corrupted Terrinoth becomes the focus of your struggle to survive with the Runebound (Third Edition): Fall of the Dark Star – Scenario Pack. Like other Scenario Packs, Fall of the Dark Star introduces an entirely new scenario to your games of Runebound, offering a substantially different experience with thirty new adventure cards: ten for each of the three archetypes. You may battle a Starborn Specter or travel to the Howling Valley in search of a fallen dark shard, but no matter where you go a new deck of story cards continues to raise the stakes as you search for the dark shards that fall from the heavens. Finally, you'll find an entirely new hero, Zyla, a being from the Aenlong realm whose otherworldly powers have led her to become a hero of Terrinoth.
Fantasy Flight Games
Extensie