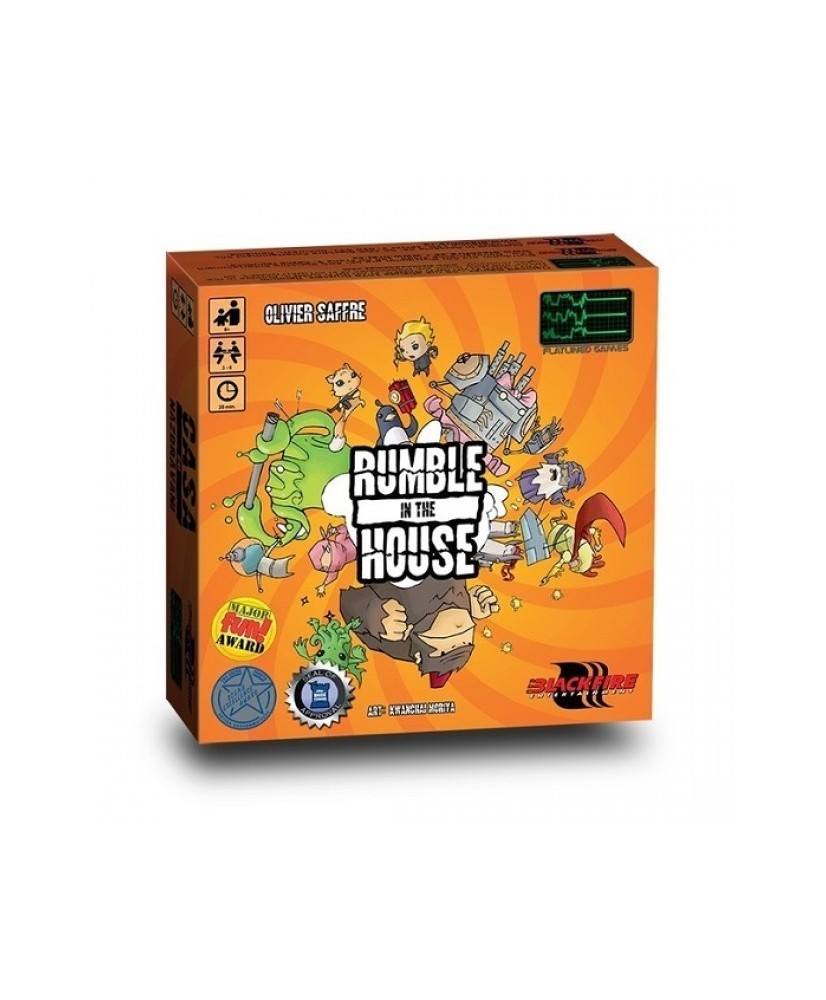 Rumble in the House

Living together in a small house is difficult, and sometimes trouble arises. It's time for a big rumble in the house! Will you able to beat the other characters out of the house, stay inside, and keep your identity secret? Rumble in the House is a game of bluffing and deduction for the whole family. Each player secretly "owns" two of the twelve characters in the house, and each character starts in a different room of the house. On a turn, a player either moves any character that is alone in a room into an adjacent room or starts a fight in a room that contains at least two characters. Well, it's not much of a fight really, as the player removes one character from the room and places it in a line with other removed characters. Once a single character remains, the round ends. The first two characters removed are worth zero points, while the third through eleventh characters are worth 1-9 points; the character that remains in the house is worth ten points. Each player collects points only for his most valuable character. The player with the most points after three rounds wins.
Blackfire Entertainment
Joc de baza