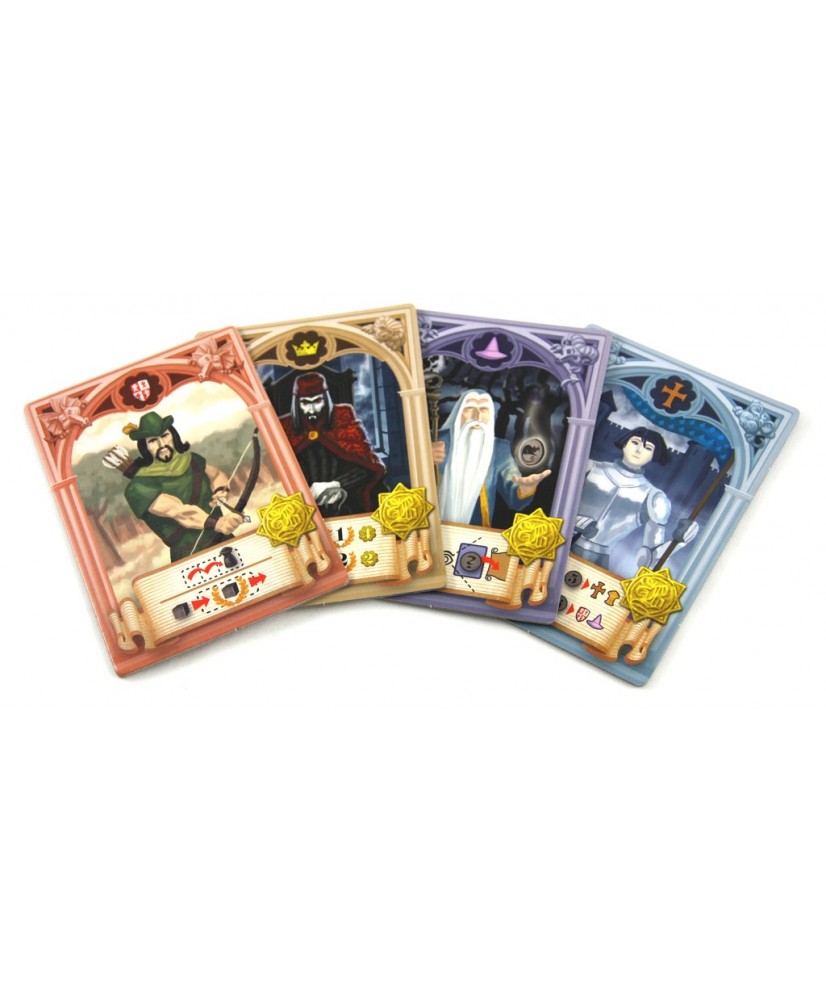 Released in october 2010. Contains: - Joan of Arc: she disguised herself as a man in order to be able to join in the 100-years war. In this game she is therefore able to act as other personalities. - Count Dracula: Being one of history's most blood-thirsty rulers, Count Dracula gets extra points for killing other players. - Robin Hood: he steals from the rich (the player with majority) and gives to the poor (himself...). - Merlin: as a top-ranked magician the legendary Merlin is able to use his skills to manipulate the plague.
White Goblin Games
Extensie