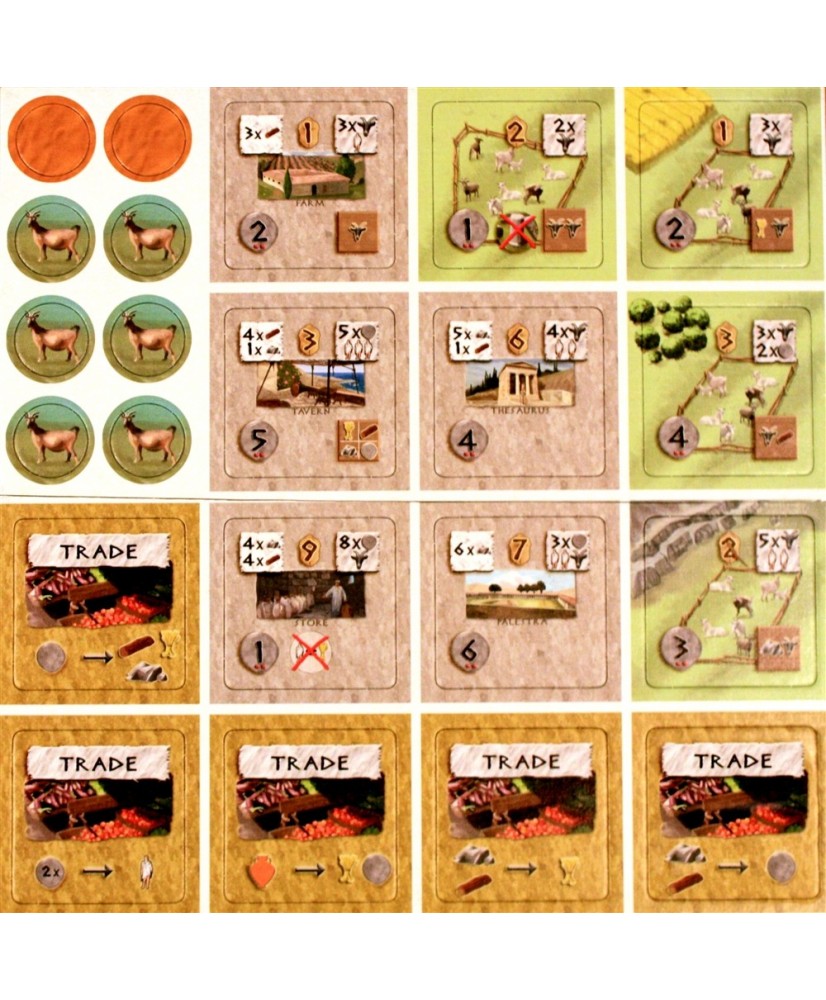 With the Peloponnes: Goat Expansion, players have a new resource in Peloponnes that can be exchanged for other resources or for money. Goats are acquired when acquiring a tile or during each round (depending on where the goal icon is located on the tile) and they're tracked on the Food chart, but usable only when the player acquires a tile with a goat on it. Peloponnes: Goat Expansion also includes a "Trade" expansion that allows the player who is last in turn order to trade one resource for another, depending on the trade tile revealed that round. Peloponnes: Goat Expansion includes components for another player, allowing for play with up to seven players if the first expansion is also used.
Irongames
Extensie