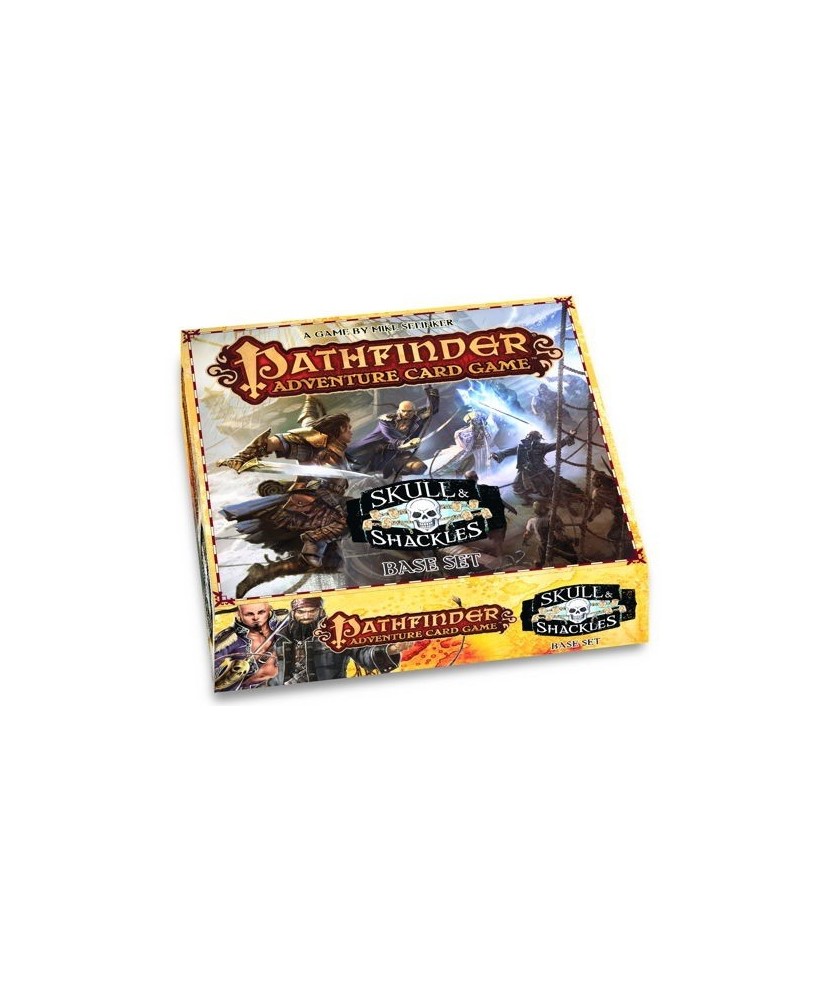 All Hands on Deck! There's adventure to be had on the high seas when a group of press-ganged pirates becomes embroiled in the plots and plunder of the Shackles—an infamous island chain dominated by pirate warlords. But as these new swashbucklers make names for themselves, rival scalawags, enemy navies, legendary sea monsters, and the infamous Hurricane King himself seek to see them walk the plank. Who will survive when there's loot on the line? Launch a campaign to control the Shackles with the Pathfinder Adventure Card Game: Skull & Shackles Base Set. This complete cooperative strategy card game pits 1 to 4 heroes against the traps, monsters, deadly magic, and despicable foes of the Pathfinder Roleplaying Game’s award-winning Skull & Shackles Adventure Path. Choose your character’s class; build a deck of allies, equipment, and magic; and explore lethal locations as you journey through multiple scenarios in an exciting fantasy adventure. Characters grow stronger after each game, adding unique gear and awesome magic to their decks, and gaining incredible powers, all of which they’ll need to challenge greater threats in a complete Pathfinder Adventure Card Game Adventure Path. The Pathfinder Adventure Card Game: Skull & Shackles Base Set includes: Nearly 500 cards, featuring a richly customizable assortment of equipment and magic, and dozens of allies, monsters, and villains from the Skull & Shackles Adventure Path. 7 character classes to choose from, including 4 brand-new ones: Gunslinger, Magus, Oracle, and Swashbuckler; 3 returning characters: Bard, Fighter, and Rogue. Returning characters from Rise of the Runelords are new versions for this game. The Wormwood Mutiny Adventure Deck, the beginning of the Skull & Shackles Adventure Path. A complete set of 5 polyhedral dice.