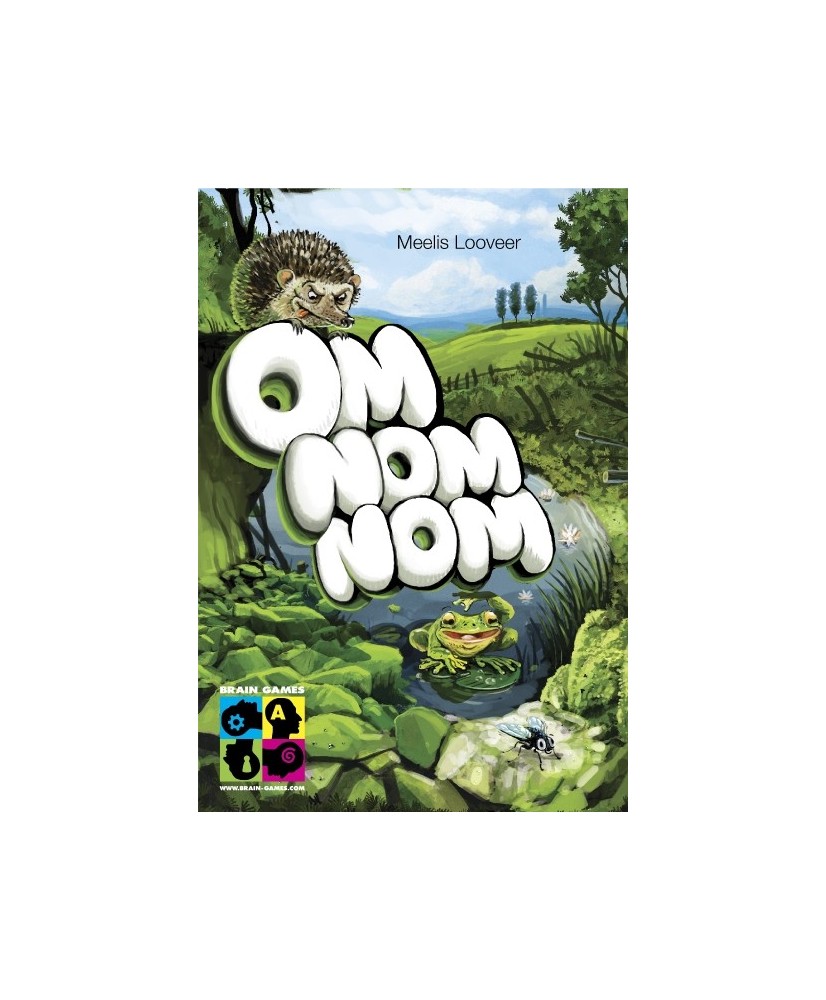 Informatii preluate de pe BoardGameGeek
All those carrots look so tempting that you might just snatch them – but what if the wolves have been expecting exactly that, a greedy rabbit just like you? You never know... In Om Nom Nom, during the game you will roll dice, which will represent various kinds of prey. By clever play of your hunter cards, you will try to eat the prey and thus gain victory points. At the end of the game the winner will be the player with the most points. The game consists of 3 rounds. Each round is divided into 4 phases – roll, play, score and cleanup. During the "Roll" phase one of the players rolls all the dice. After rolling the dice are arranged on the game boards. During the "Play" phase all players will play all 6 of their predator cards one by one. When everyone has selected their first card, they are revealed simultaneously. This is where the action happens. Did You manage to guess what everyone else will play? Were You the only one brave enough to sneak Your mouse after the cheese? Or did You like everyone else play the wolf, because no rabbit surely could resist that amount of carrots. During this phase, players resolve all their played cards by capturing dice and cards of other players. During the "Score" phase players score points for captured cards and dice. And during the "Cleanup", when all 6 cards have been played, players gather all their cards back in hand and a new round can begin. At the end of the third round, player with the most points is the winner.
Brain Games
Joc de baza